The fast active rectifier is intended to improve the bandwidth of most digital multi-meters. It is based on a half-wave rectifier in a traditional set-up. Diode D2 is in series with the output of opamp IC1. Since feedback resistors R1 and R2 follow D2, the negative halves of the signal at the input of the circuit will appear with the same value at the cathode of D2.

During the positive halves at the input, the output of the opamp is kept at almost 0 V by D1. Network R3-C1 at the output integrates the half-wave rectified voltage, so that the direct voltage across C1 represents the average value of the negative halves of the input signal. If the original signal was sinusoidal, that direct voltage will be 1 / times the peak value of the input signal.

The opamp used is a current-feedback type. Its bandwidth is determined by the values of the resistors in the feedback loop. For a large bandwidth, the value of these resistors should be as low as feasible. To retain an acceptable input impedance (1 kΩ in the prototype), both R1 and R2 have a value of 1 kΩ. The bandwidth is then 30 MHz. When the value of both resistors is halved, the bandwidth becomes 60 MHz. 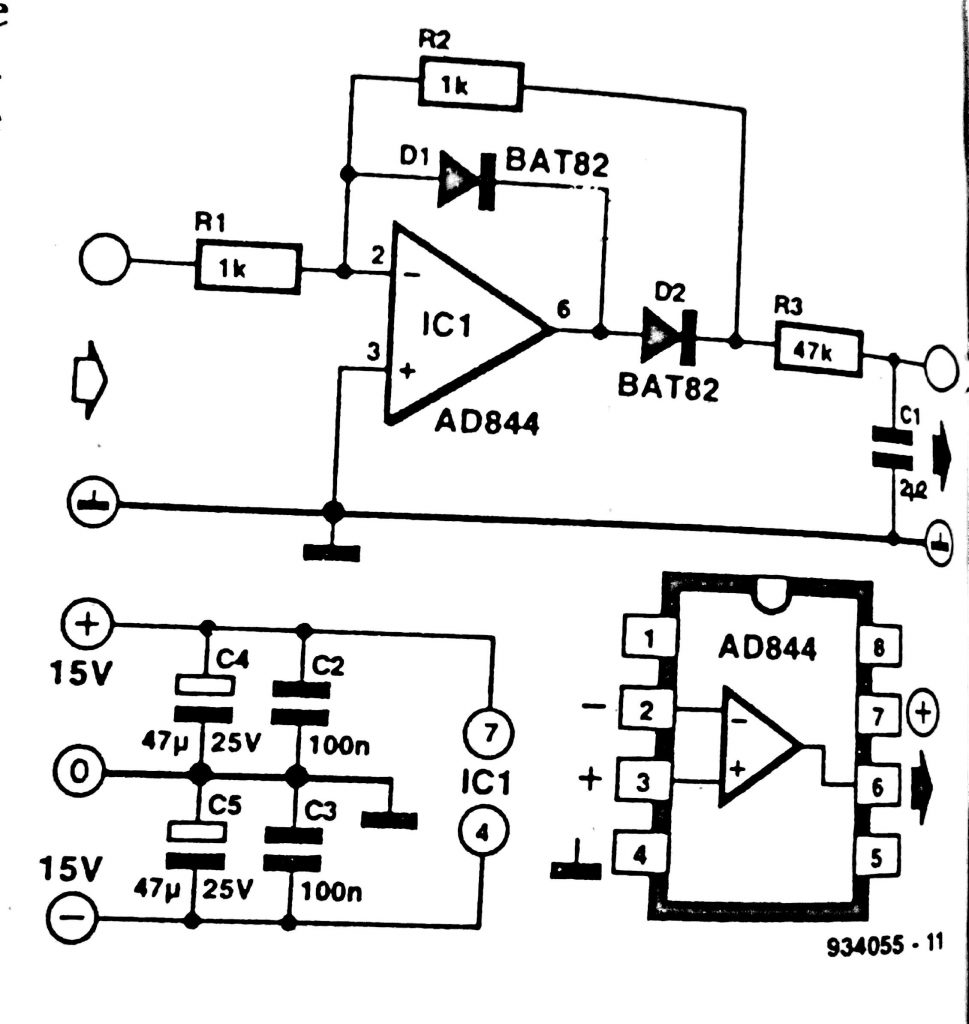 The accuracy of the rectifier is determined not only by the bandwidth, but also by the slew rate. That of the AD844 is not less than 1200 V µs-1 (typically 2000 V µs-1). Furthermore, the capacitance and forward bias of D1 and D2 play a role. The BAT82 has a capacitance of 1.6 pF and a forward bias of about 0.5 V at a forward current of4 mA. 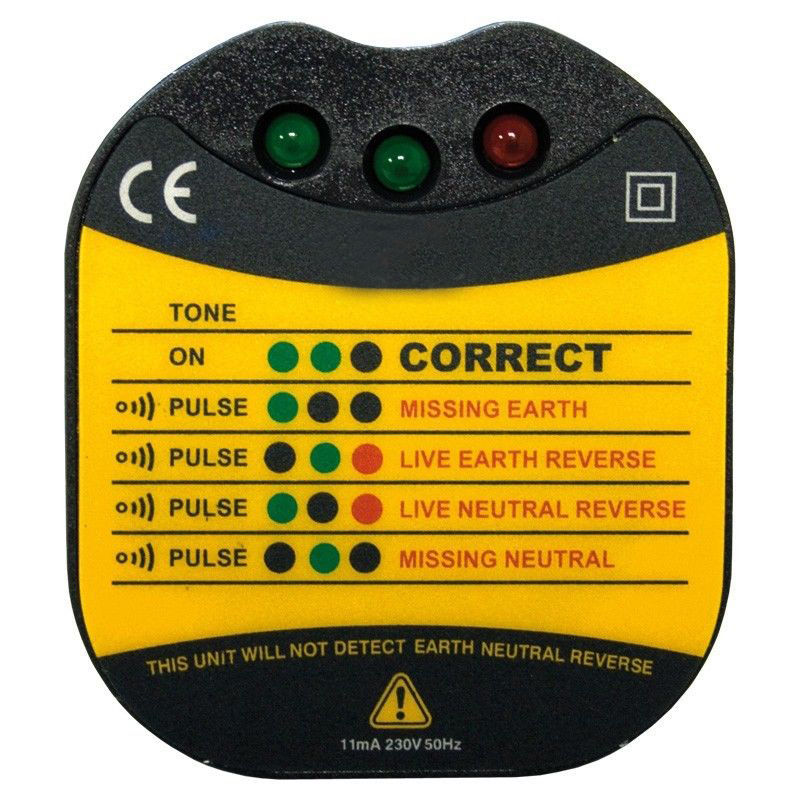 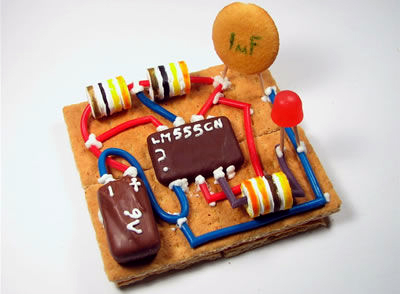