Energy meters are installed in all residential and industrial units to show how much energy is consumed by the users. However, with the exception of a few new versions, these meters do not display the power (watts). All energy meters flash an LED at a predetermined rate known as the impulse rate during measurement. 6,400 impulses/kWh, 3,200 impulses/kWh, and so on are common flash rates. The power can easily be determined using the flash rate and some math. Presented here is a handy optical wattmeter circuit to calculate the power consumed with the help of the pulsing LED light of the energy meter and show it. 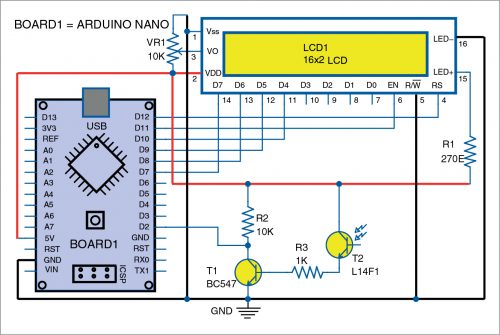 When the LED light from the energy meter falls on photo-transistor T2, it conducts, activating transistor T1. The Arduino board’s first interrupt pin (pin D2) receives the pulse available at T1’s collector. With the help of software, the Arduino calculates the amount of power spent in watts, which is displayed on the LCD display at the same time.

Due to the use of the millis library, there may be some variation in the wattage readings. If a more precise result is required, replace the resonator in the Arduino board with an ATmega328 chip with an external crystal and use the inbuilt hardware timer.

An actual-size PCB for optical wattmeter is shown in Fig. 2 and its component layout in Fig. 3. After assembling the circuit on PCB, enclose it in a suitable plastic box. 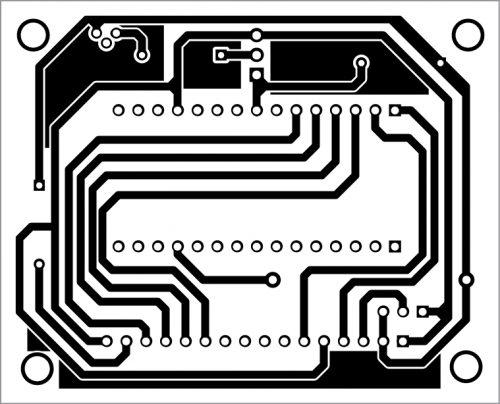 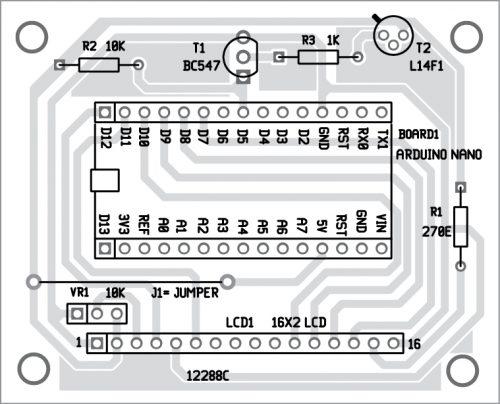 Before mounting the Arduino on PCB, do not forget to upload the program on Arduino Nano board. Install photo-transistor L14F1 on the front panel such that it can capture the blinking LED light from energy meter. 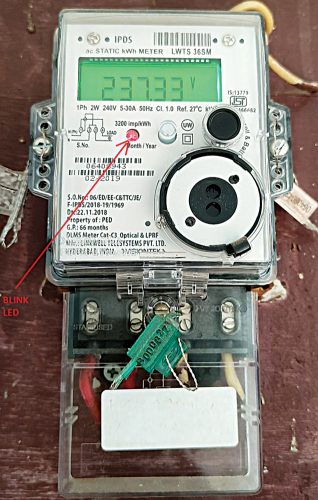 This circuit was created for a 6400 impulses/kWh energy meter. This is something that can be adjusted in the program.

This circuit simply requires a single-phase supply. The circuit can be customized with a small OLED display and fitted inside an enclosure similar to that of a non-contact thermometer due to the low component count (Fig. 5). 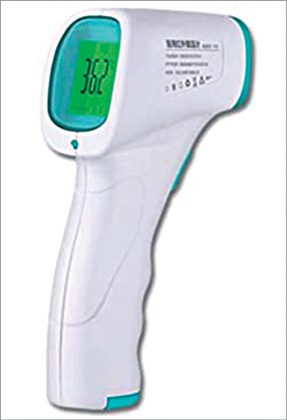 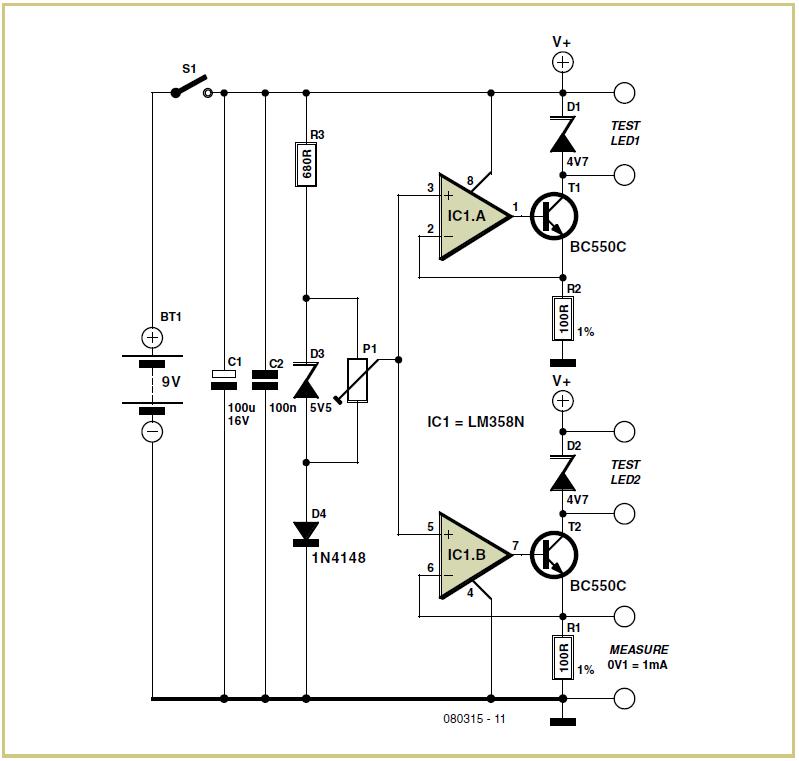 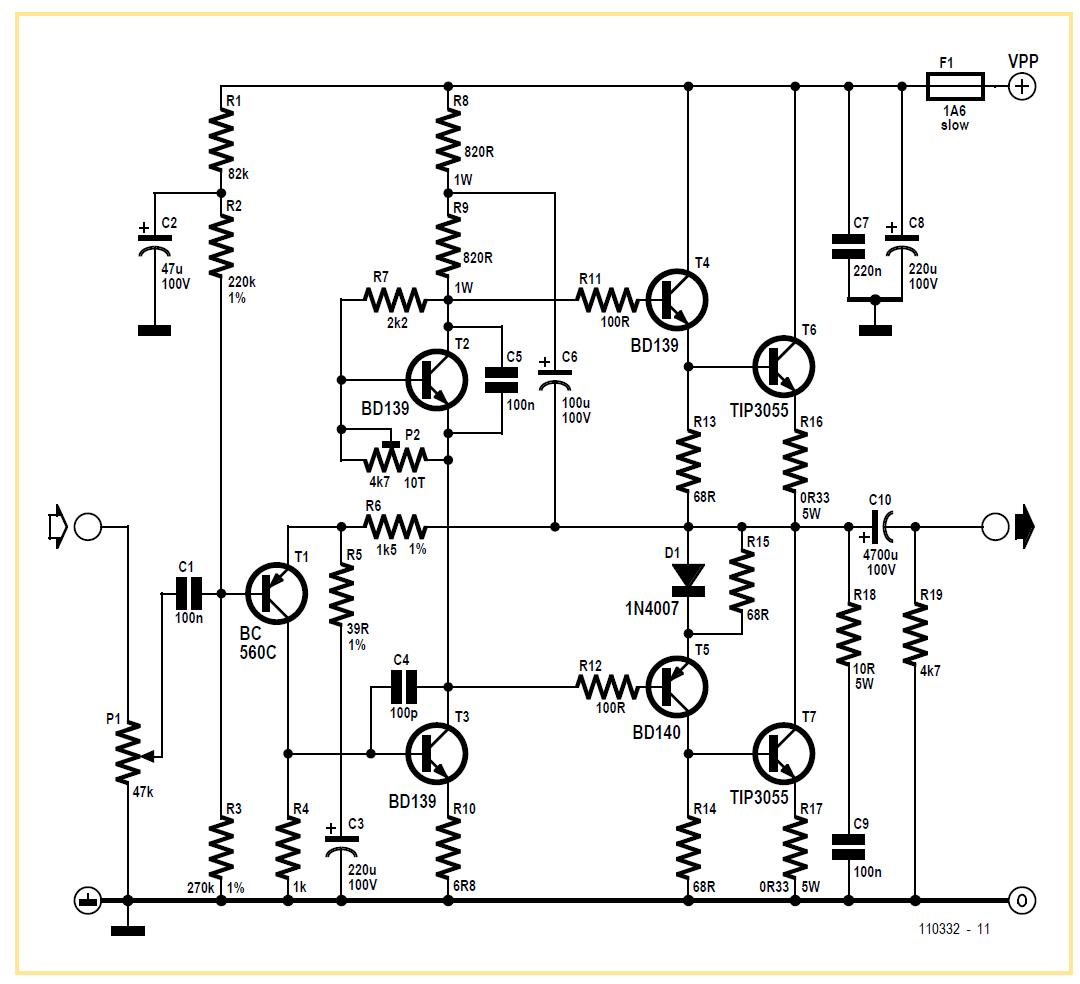 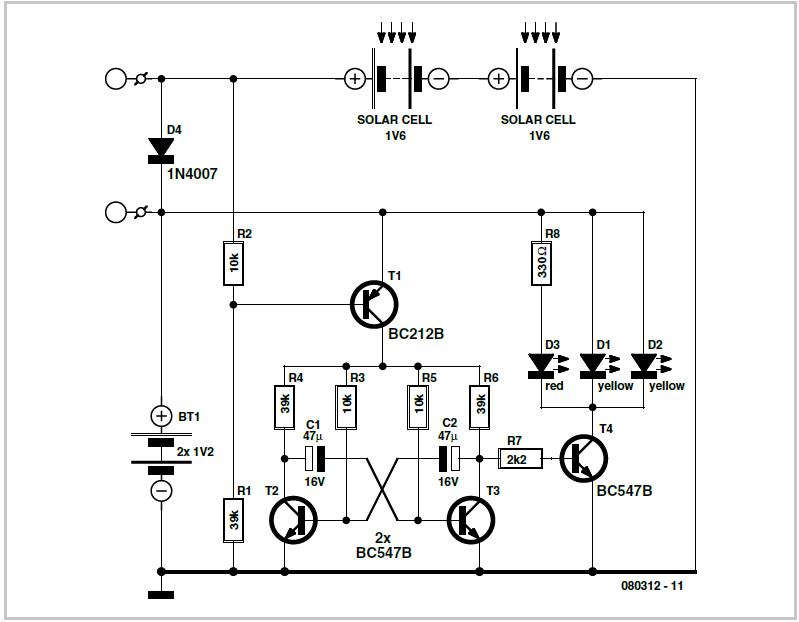 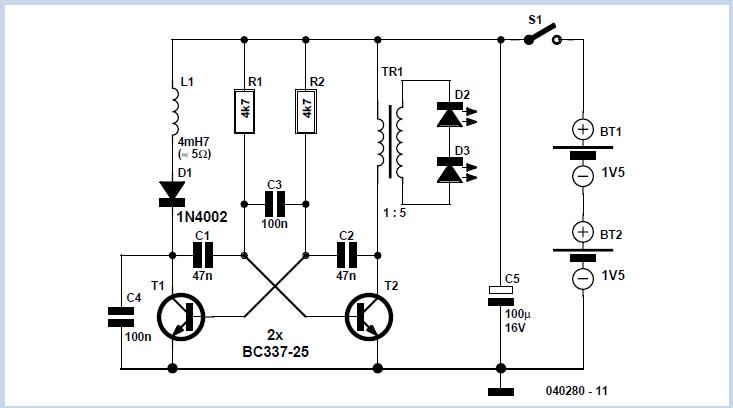