Why we need Battery Discharger?

When batteries are charged rapidly the manufacturer usually recommends that after every fifth fast charge there is a ‘normal’ charge, that is, one at 0.1 C (apacity). That can, however, be done only if the battery is discharged. Here i explained battery discharger circuit for NiCd and NiMH battery packs.

At the same time, the individual cells must not be discharged too much. If, for instance, one cell is flat and the others are still charged or nearly so, the Polarity of the flat cell reverses and that must be prevented to save the battery. As a rule of thumb, a battery should be discharged to an average of 1 V per cell. The diagram shows a circuit that is suitable for discharging nickel-cadmium (NiCd) as well as nickel-metal-hydride (NiMH) batteries. It is simple and inexpensive, but the components must be matched to the number of cells the battery contains.

As long as D2 lights, the battery is discharged via R4 and T1. When the battery voltage drops below a value set with P1. T1 no longer gets a base current. The LED will then go out and the discharge circuit may be removed. The battery can then be charged. 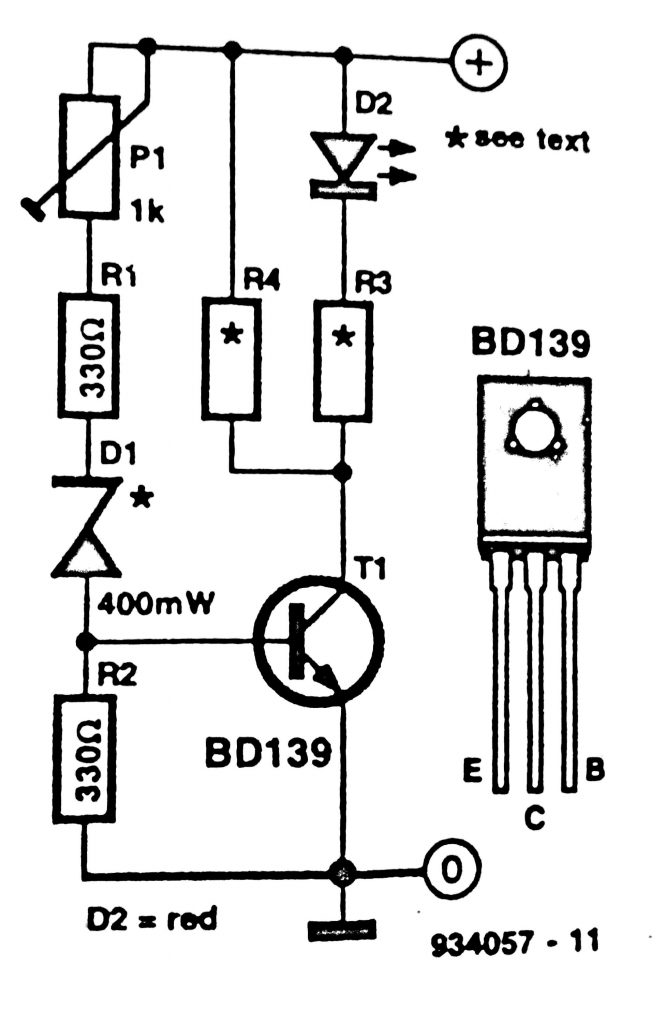 The circuit for battery discharger may be tested with the aid of a variable power supply with current limiting. Connect the discharger to the power supply: R4 may be omitted. Set the output of the supply to the wanted level, whereupon T1 should switch OFF. Adjust p1 till D2 lights dimly. This sets the voltage to which a battery may be discharged.

Since the gain is not very high, there is an area where D2 diminishes gradually and where, therefore, the discharge current decreases gradually. This does not affect the circuit, however. If the range is too small, the value of the zener diode should be reduced or increased.

The value of R4 is calculated for a discharge current of about 0.5 A. This value is not critical. That is, if a resistor of 6.8 Ω proves difficult to obtain, a 4.7Ω or 10 Ω resistor may be used without detriment. Since the voltage of the cells is monitored, it is not necessary to stabilize the discharge current. 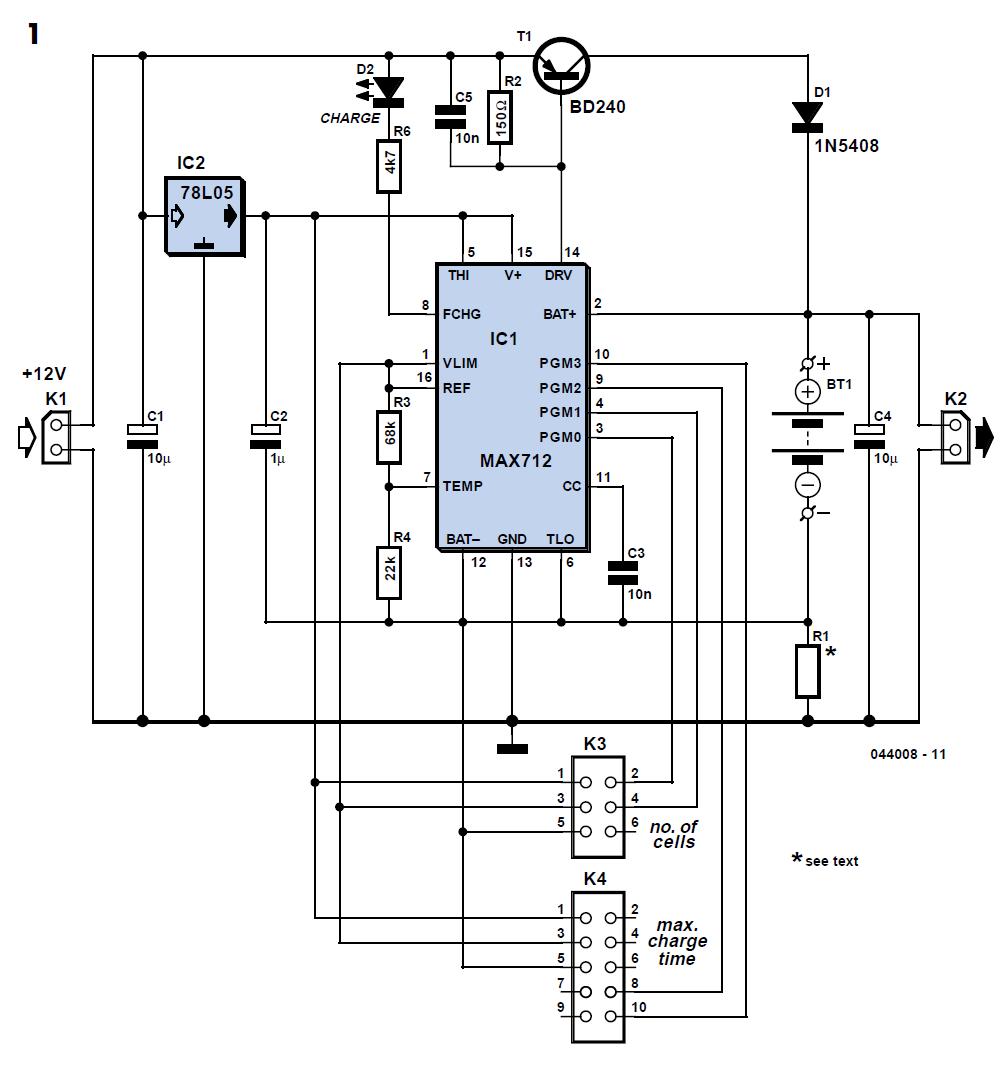 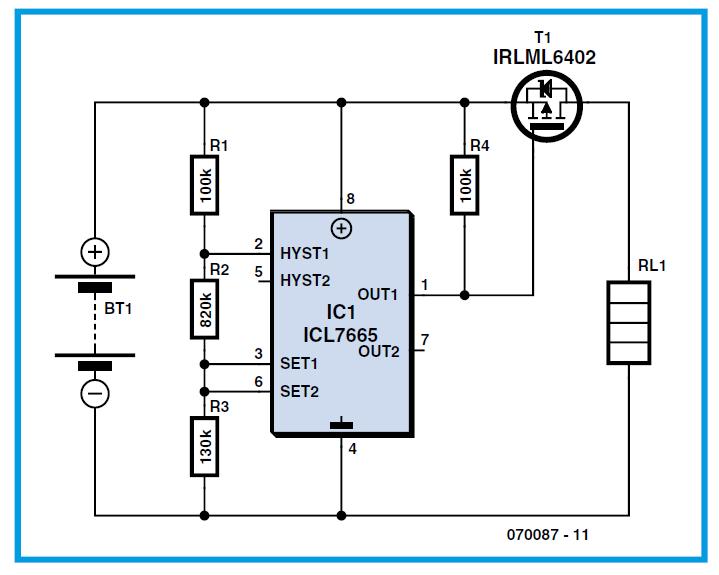 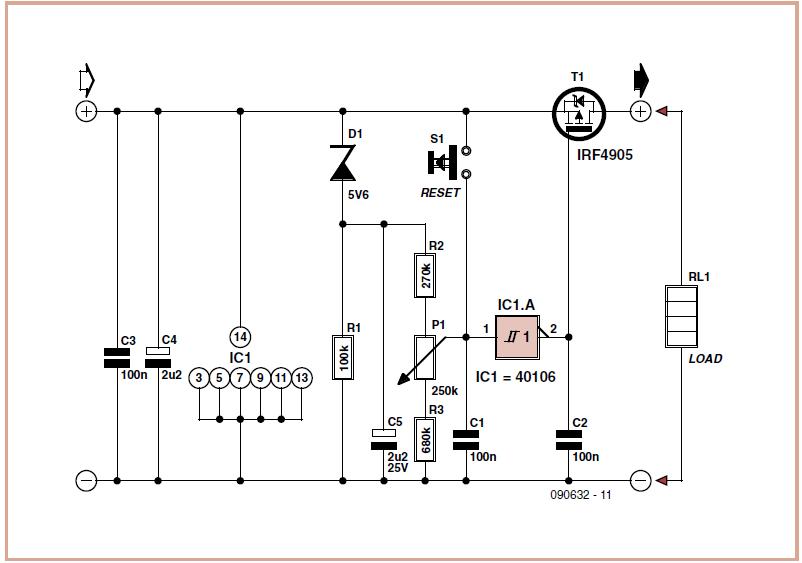