The design ensures that the bicycle light remains on for a little while after the bicycle (and thus the dynamo) has come to a standstill. It has the disadvantage that the frame of the bike cannot be used as the common return: a separate wire has to be run for this. This is because use is made of a bridge rectifier to provide full-wave rectification of the dynamo voltage. Consequently, the alternating and direct voltages must float with respect to one another.

The circuit ensures that the bicycle lights remain on for a short period of time after the bicycle (and thus the dynamo) has come to a stop. The disadvantage is that the bike’s frame cannot be used as the common return: a separate wire must be run for this. This is because a bridge rectifier is used to provide full-wave rectification of the dynamo voltage. As a result, the alternating and direct voltages must float in relation to one another.

When the dynamo is driven C1 is charged via D5, which causes T1 to conduct. If T1 is on and the dynamo output drops below d certain level, T2 is switched on, whereupon the bicycle lights are powered by the NiCd battery.

When the bicycle is at a standstill and the dynamo is no longer driven, C1 is no longer charged. Because of this, T1 will gradually stop conducting and this will also switch off T, The bicycle lights will then go out.

Switch S1 serves to prevent the NiCd battery slowly discharging via the circuit when the bicycle is not used. The switch should then be opened.

If the afterglow time is found too short, it may be lengthened by increasing the value of C1. 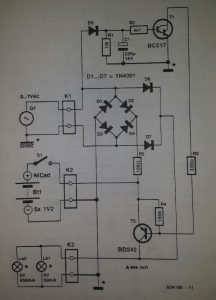 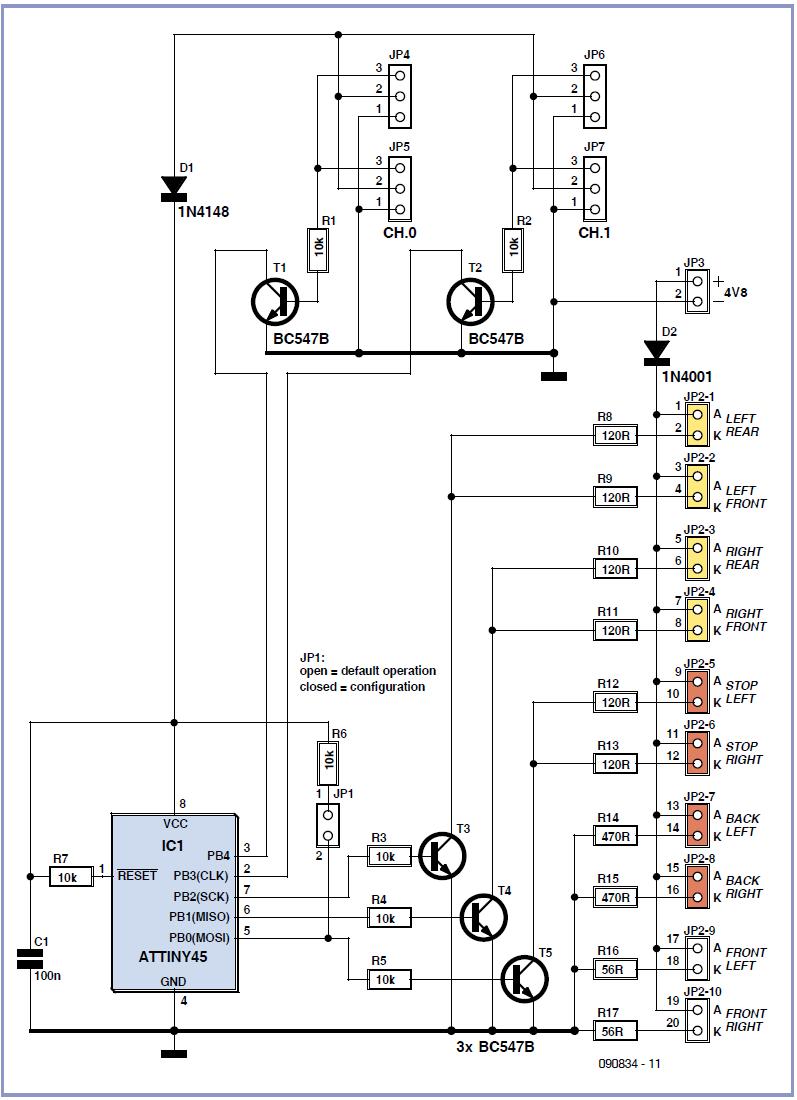 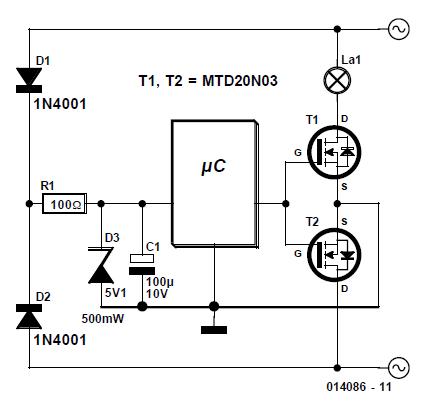 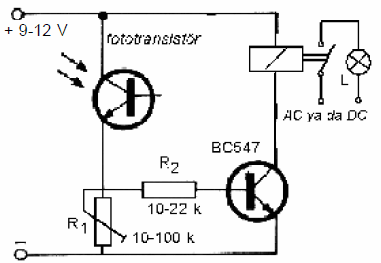