This circuit is an alternative to the optical S/PDIF output described elsewhere in this issue. The quality of the connection provided by this link is usually better than that of an optical link (less jitter). In order to avoid earth loops, a small output transformer is normally used for digital audio signals. 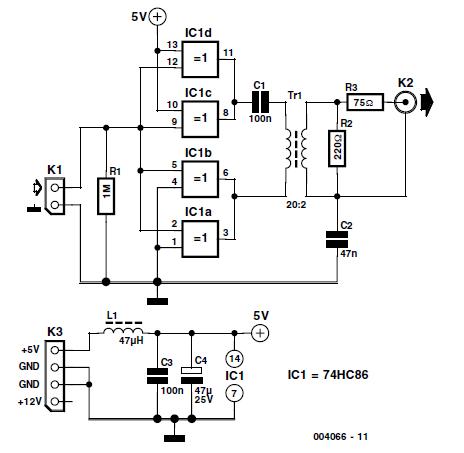 The construction of such a transformer has been described several times in Elektor Electronics. It is based on a Philips toroidal core, with 20 turns on the primary and 2 turns on the secondary, both using 0.5-mm varnished copper wire. An output signal of 0.5 Vpp across 75 Ω must be delivered, which means that 10 Vpp is necessary on the primary. This signal is provided by a quad EXOR gate (74HC86). A clean symmetrical buffer stage is created by wiring two EXORs as inverters (IC1c and IC1d) and letting the other two work without inversion (IC1a and IC1b). Using EXOR gates makes the delay times of the two buffers the same, and using two gates in parallel on each side allows more current to be delivered.

R1 ensures that the gates have a defined level if there is no connection to the signal source, In the absence of an S/PDIF signal, C1 prevents a short-circuit current from flowing. R2 damps any overshoots (which mainly occur if there is no load). C2 provides an HF earth connection for the screen of the interconnecting cable. The power supply is well decoupled by L1, C3, and C4. The current consumption with a signal and load is around 4 mA, but with no S/PDIF signal, it drops to zero.

The PCB shown here is unfortunately not available readymade through the Publishers’ Readers Services.

The benefit of using the spdif is that you are keeping the signal flow in the digital domain, otherwise the kemper turns the digital signal back to analogue and the the Apollo turns it back to digital again. By keeping the spdif permanently connected re-amping becomes as easy as using a plugin.
Tags
copper Optical transformer
Facebook Twitter LinkedIn Tumblr Pinterest Reddit VKontakte Share via Email Print 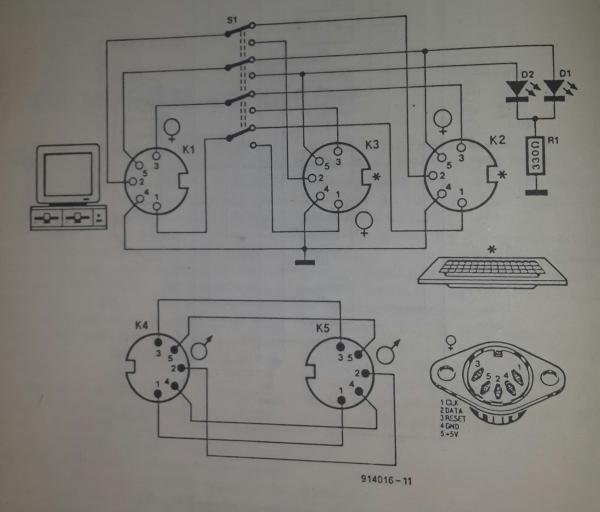 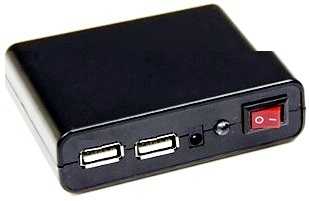 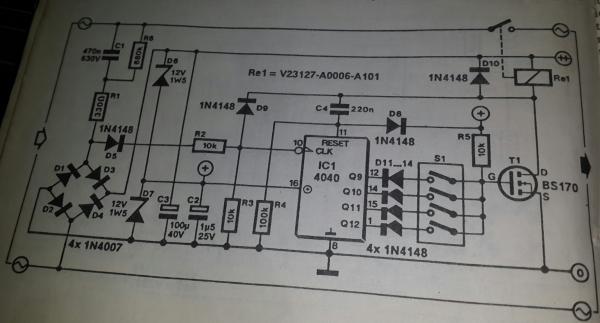