I recently decided to do some research on electric smoke generators and was surprised to learn that ready-made items are easily available at affordable prices. They are widely used in film and stage productions as well as in radio-controlled (RC) models. In principle, most of these electric smoke generators produce produce large volumes of fog (not smoke!) by using a special non-flammable fog fluid that is made up of distilled water and glycerin in suitable proportions. Further investigation revealed that some other smoke generators demand readily available single-/multi-color smoke pellets to produce smoke (yes, smoke!) with the help of electric/thermic energy.

As part of my research, I ordered one smoke system for electric aircraft from an online store. It’s a compact electric smoke system for electric RC planes with the ability to turn the smoke on and off through radio control. The self-contained tankless smoke system uses distilled water and glycerin to make smoke for the electric airplane. Unfortunately, the shipment of the unit was delayed because of a mistake on my side, so I was forced to hold back the intended teardown process for another time.. 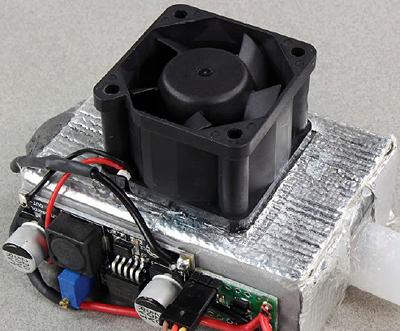 Here is the outcome of an alternative attempt I made based on the traditional “smoky” idea. At the heart of my crude smoke generator (the engine) is a combination of a Nichrome-wire heater and a small wick immersed in a fluid tub. The Nichrome wire is coiled around a small ceramic pole with the wick wrapped slackly over it. Additional electronics include a small heater controller circuit and a brushless dc cooling fan. The fan is mounted at the top of the enclosure to blow air into the internal chamber. Smoke from the fluid tub is ejected through an exhaust pipe fitted at the top of the enclosure. Note that the smoke system requires a separate battery/power supply to run it. 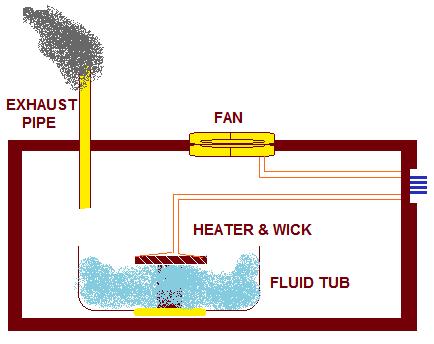 Because Nichrome wire (an alloy of nickel and chromium) is used for resistance-heating elements in so many home appliances — such as toasters, fan heaters, and hair dryers — it is cheap and readily available. In my heater, because it’s very difficult to solder the Nichrome wire, very small diameter rings are used at the coil ends that can be crimped easily (see figure shown below). Although fog fluid is readily available from many sources, I used baby oil as the fluid for my experiments. Experiments showed that various thicknesses of the wick would make more or less smoke, depending on how absorbent and how the heater was. For my experiments, a short piece of an oil lamp wick was used. 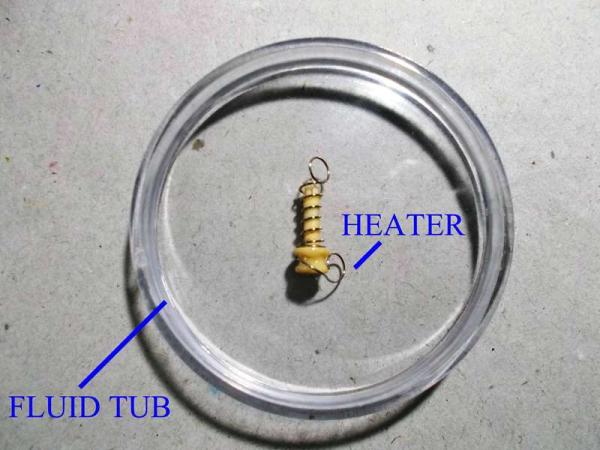 As fluid in the tub is conducted to the heater by the wick, the wick must be positioned so that it can easily fetch the smoke fluid. If the smoke generator doesn’t make much smoke, try to rearrange the wick so that its tail rests in the lowest part of the tub so that it can soak up any fluid that is in there (see next figure). 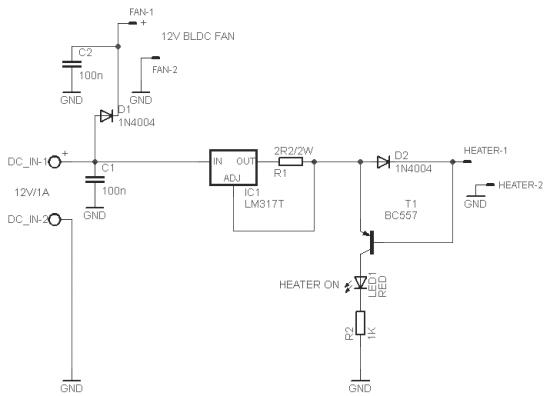 Here, an LM317T (IC1)-based constant current source is used to drive the Nichrome-wire heater. The rest of the circuit wired around the BC557 (T1) is a “heater on” indicator. In the prototype, an 80-mm BLDC cooling fan (lifted from a computer SMPS) was used as the blower fan. 12-V/1-A dc input is recommended for satisfactory operation of the circuit. Now you can start playing with a hot wire, a wick, and some fluid/oil to shape your own effective and reliable electric smoke generator! 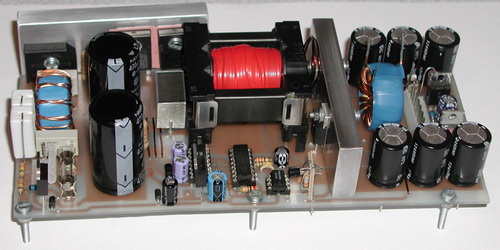 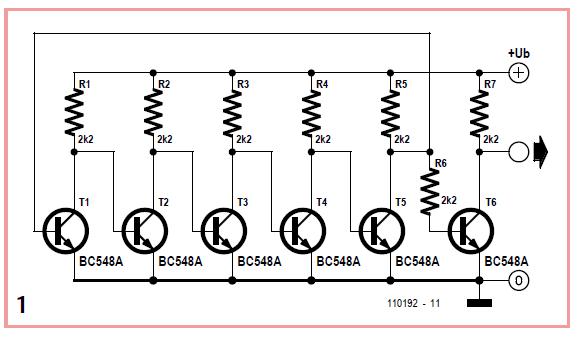 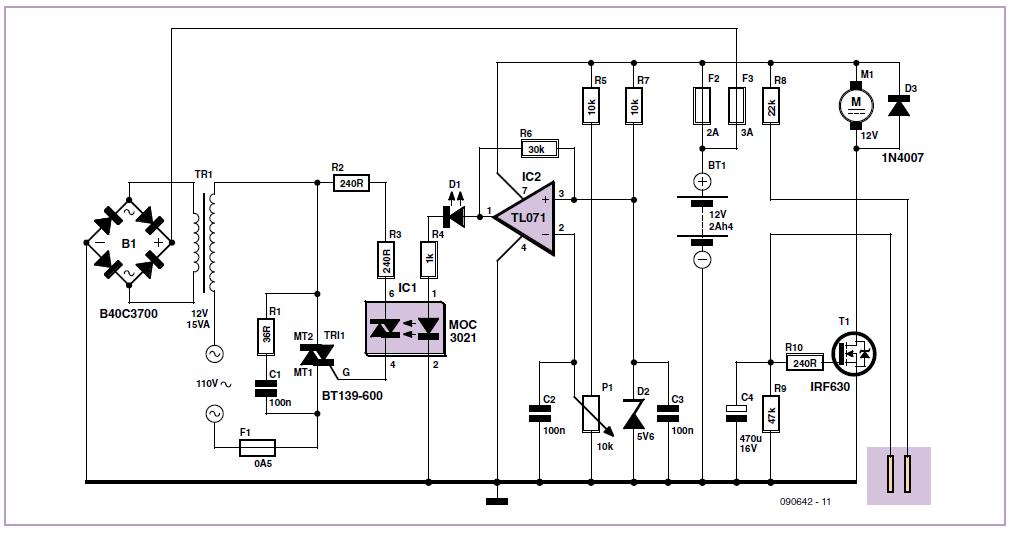