Sometimes you have to do it the hard way, even if doing it an easy way is an option. That is the case here. The intention is to add a second doorbell in parallel with the existing bell. This does not, in principle, require any electronic components. You would simply connect the second bell to the first one. But if the existing bell transformer is not rated for the additional load then this is not a good idea! An option is to buy a new and larger transformer. But bigger also means more expensive! 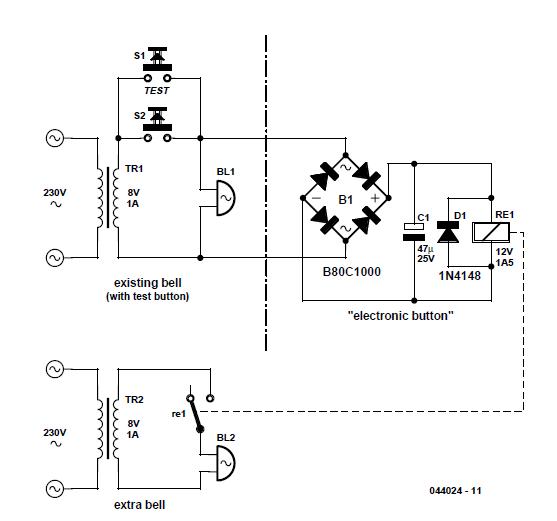 Moreover, replacing the existing transformer can be an awkward job, for example when it is built into the meter box. So we follow a different approach. This circuit is connected in parallel with the existing bell. This is possible because the current consumption is very small compared to the load of the bell. The bridge rectifier rectifies the bell voltage when the pushbutton is pressed. This will then close the relay contacts. These contacts are the ‘electronic’ button for the second bell, which is powered by its own cheap bell transformer.

A transformer is an electrical device that uses the principle of electromagnetic induction to transfer energy from one electric circuit to another. It is designed to either increase or decrease AC voltage between the circuits while maintaining the frequency of the current. Transformers are employed for widely varying purposes; e.g., to reduce the voltage of conventional power circuits to operate low-voltage devices, such as doorbells and toy electric trains, and to raise the voltage from electric generators so that electric power can be transmitted over long distances.
The basic principle behind the working of a transformer is the phenomenon of mutual induction between two windings linked by common magnetic flux. The figure at right shows the simplest form of a transformer. Basically, a transformer consists of two inductive coils; primary winding and secondary winding.
Tags
doorbell rectifier transformer
Facebook Twitter LinkedIn Tumblr Pinterest Reddit VKontakte Share via Email Print 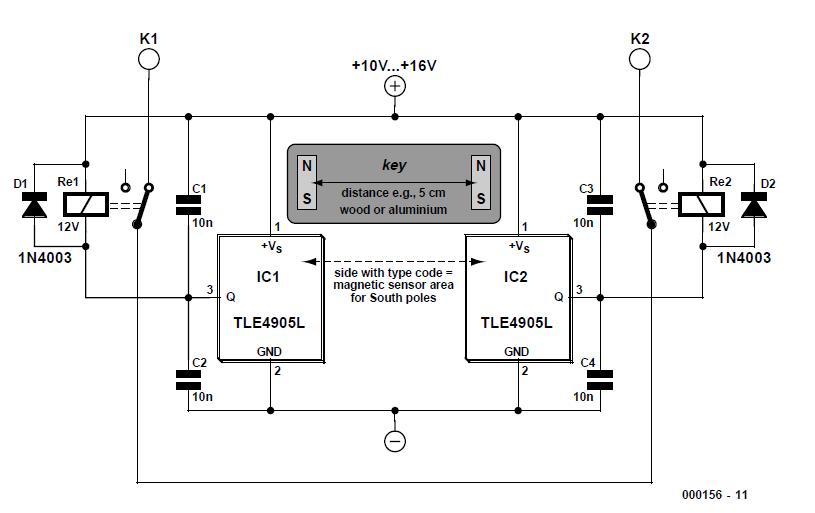 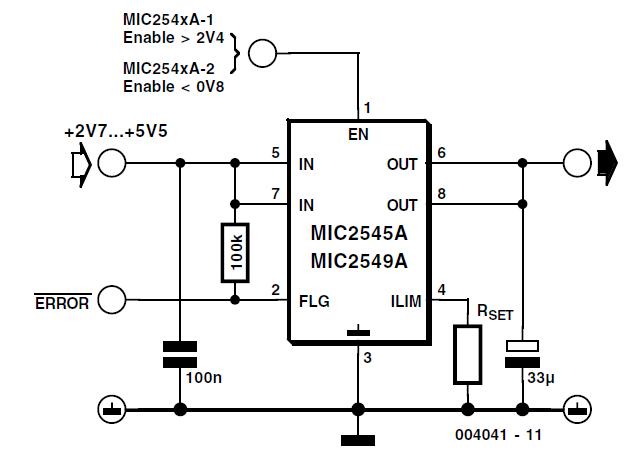