Field-strength meter: The unit discussed here indicates, by means of a chain of LEDs, in logarithmetic ratios the strength of an electric field surrounding the unit. The inputs signal across the conducting discs is applied to the non-inverting input of IC1. The amplification of IC1, A = R4/P1. In the prototype, P1 was set at about 210 kΩ to give an amplification of about ×50. 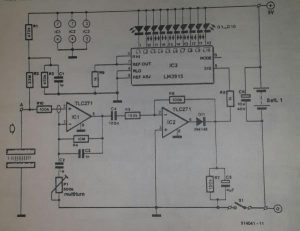 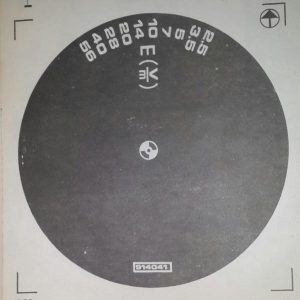 Opamp IC2 functions as a rectifier during the negative halves of the input signal, its output goes high and D1 conducts. During the positive halves, the signal is applied directly to the output via R5 and R6. Diode D1 is then reverse biased IC2 does not function.

The level of the output voltage across C5 is monitored by diode chain D1-D10 via IC3. The capacitor is discharged slowly via R7 when the signal ceases.

The conducting discs are formed by two round, double-sided PCBs as shown in Fig. 2. The components are mounted at the track side of one of the boards.

Carefully bend the terminals of the components about 2 mm from their ends to make better contact and strengthen the solder joints. Note that C6, S1, and the LEDs must be fitted lying down, all the others upright.

The two boards are fixed together with non-metallic screws and 20 mm spacers.

The indicators are calibrated by turning P1 until the LED associated with a field strength of 10 V m-1 just lights. 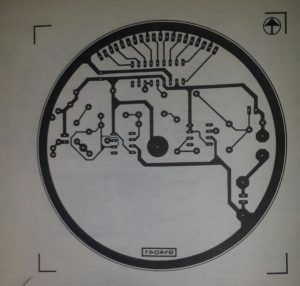 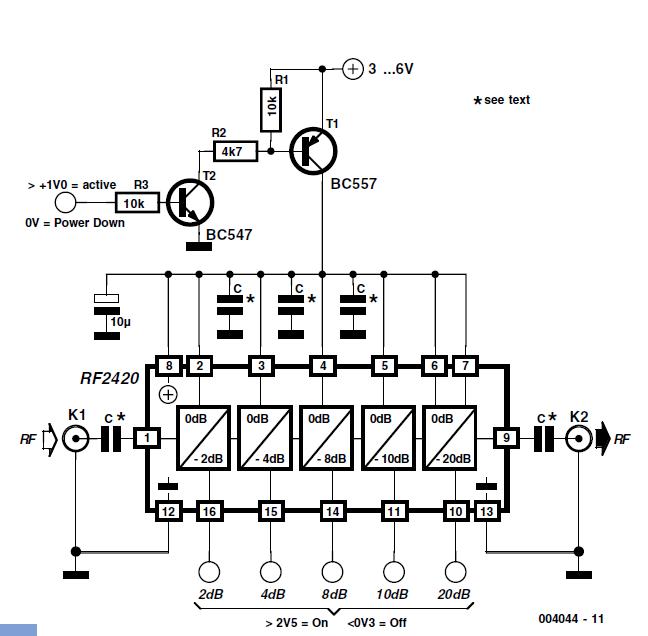 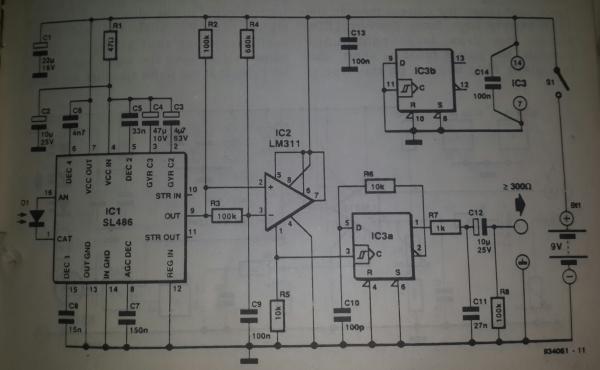