Floppy-side chooser: This small auxiliary circuit enables g either of the two sides of a 3 1/2 in. the floppy disk used in an Atari ST drive to be chosen. Some LEDs show which side has been selected; while others indicate whether a read or a write operation is in progress.

In Fig. 1, bistable ICib serves to choose one of the two sides of the floppy disk. A sensor, formed by a small disk of conducting material, is connected to its clock input via inverter IC2f. The input of the inverter is linked to the +5 V rail via two 10 MCI resistors.

When the sensor is touched, the input of 1C21 is pulled low via the skin resistance. This results in a positive leading transition (edge) to the clock input of IC lb, whereupon the levels at pins 12 and 13 of the bistable change state. 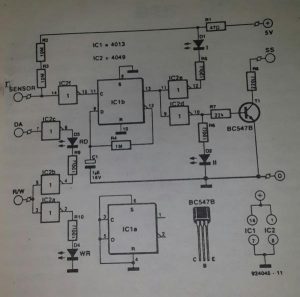 Pin 13 (Q) of.IC1b is linked to inverters IC2d and IC2e, each which controls an LED: D1 for a side I and D2 for side II. Since D1 is connected to the +5 V supply rail and D2 to ground, only one of the two diodes can light at any one time.

Transistor T1 serves to alter the level on the Side Select-SS-line of the Atari. Inverters IC2a-IC2, control D3 and D4. The inputs of IC2a and IC2b are linked to the R/w signal of the Atari, while that of IC2, is coupled to the ‘disk LED’ above the keyboard. This ensures that the ‘read’ LED lights only when the drive is in motion. The supply for the auxiliary circuit may be taken from the Atari since a current of only a few ITIA is drawn.

Populating the small PCB is simplicity itself. Most of the work will involve fitting the board inside the Atari. The board must be located in the upper part of the keyboard beside the drive LED.

A small front panel as shown in Fig. 2 will be found useful. Note that the LEDs protrude through the small holes in this Panel. This means that five holes need to drilled in the upper panel of the Atari:

four for the LEDs and one for the connection to the sensor. 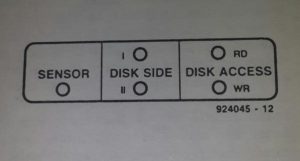 The following connections must be made:

• R/W line to pin 25 of the DMA can-troller adjacent to the YIVI2149 under-neath the drive;

•pin DA to the upper terminal of the resistor in series with the drive LED, just to the left of the 74244;

• sensor to the associated pin on the present PCB. 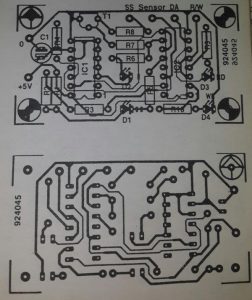 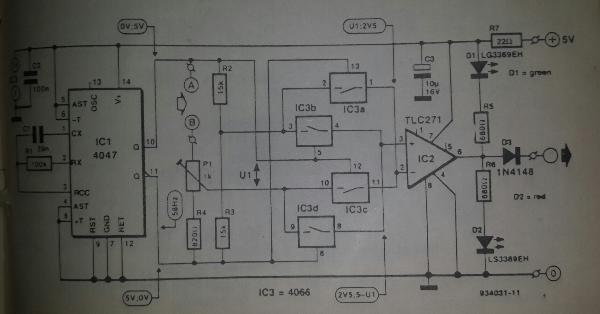 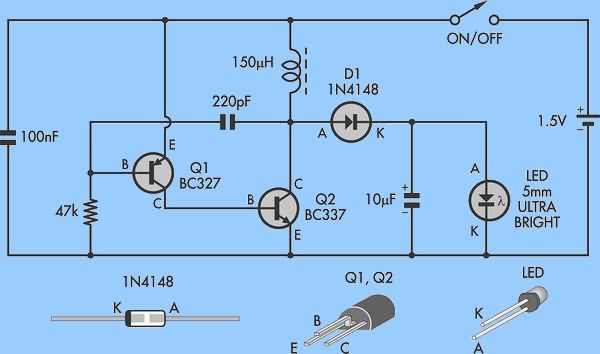 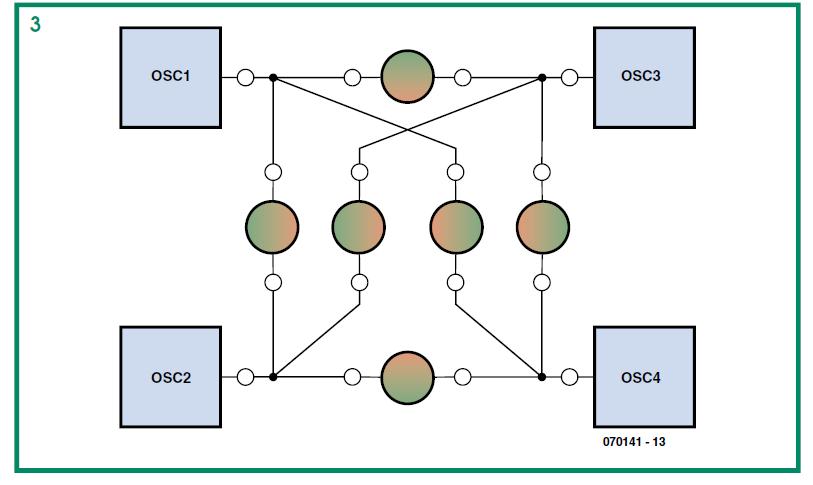 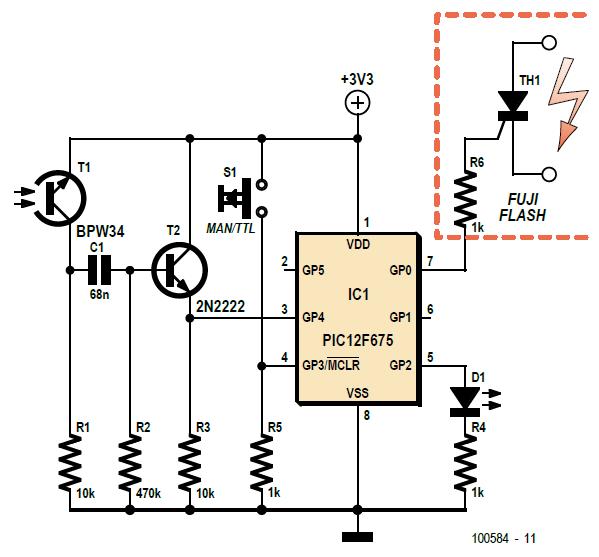