Rotating laser levels, which are very handy for setting objects in a room or garden at the same height, are available at prices of a few dozen pounds. At relatively large distances and for outdoor use, the light from the rotating laser beam is often not easy to see, and the laser beam detector described here can be useful in such situations. The detector works well at distances up to 50 meters (150 feet) and consists entirely of standard components. The detector is housed in a plastic case that can be fixed to an object (such as a post or a beam). It has three LEDs and a beeper that indicates whether the object should be raised or lowered. 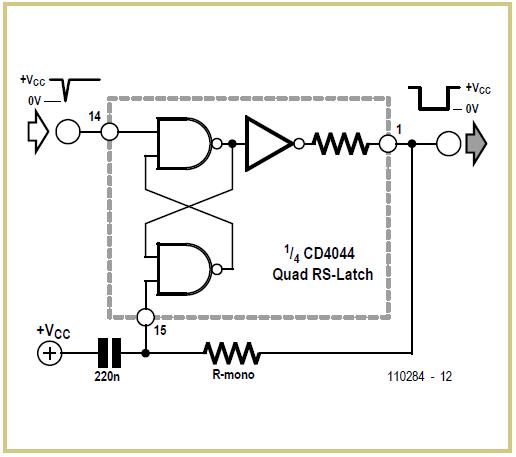 LEDs with a transparent package and integrated lens (round surface) are used as sensors. The top and bottom detection zones each have five LEDs and two opamps (IC1a & IC1b or IC1c & IC1d), which drive the ‘Move Up’ and ‘Move Down’ indicator LEDs. The middle sensor LED drives the ‘OK’ indicator LED via two opamps (IC2a & IC2b).

The rising edges of the opamp output signals trigger three separate monostable multivibrators (type CD4047). If desired, the circuit shown inside the dashed outline (one gate of a CD4044 quad RS latch) can be used in place of each of the monostable multivibrators. In this case, the output signal has the opposite polarity, so the BS170 N-channel MOSFET must be replaced by a P-channel type.

The monostable time of the middle retriggerable MMV should be longer than the rotation period of the laser (e.g. with a 2 rpm laser it should be longer than 500 ms) so that the beeper will emit a continuous tone. Most rotating laser levels have variable speed, so this can also be achieved by adjusting the speed if necessary. The monostable times of the upper and lower MMVs are dimensioned to generate clearly distinguishable short and long beeps, respectively. The three MOSFETs (T1, T2, and T3) are configured as a wired-OR gate to drive the shared beeper. The fourth MOSFET (T4) drives the ‘OK’ LED. The circuit can be housed in an enclosure together with three penlight cells. 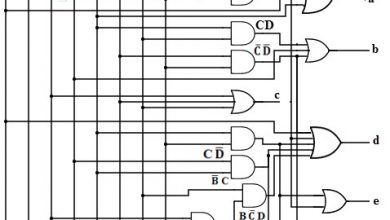 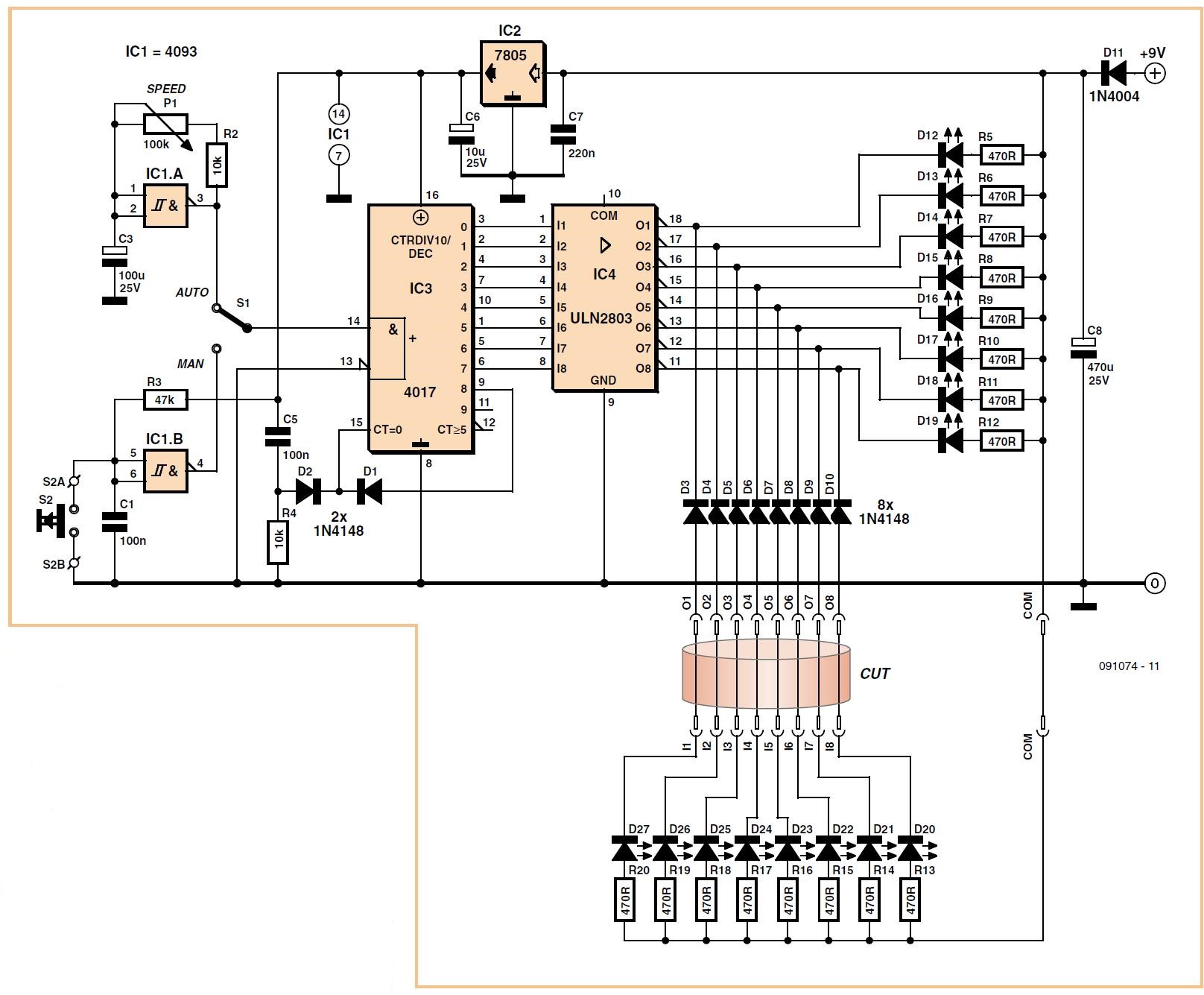 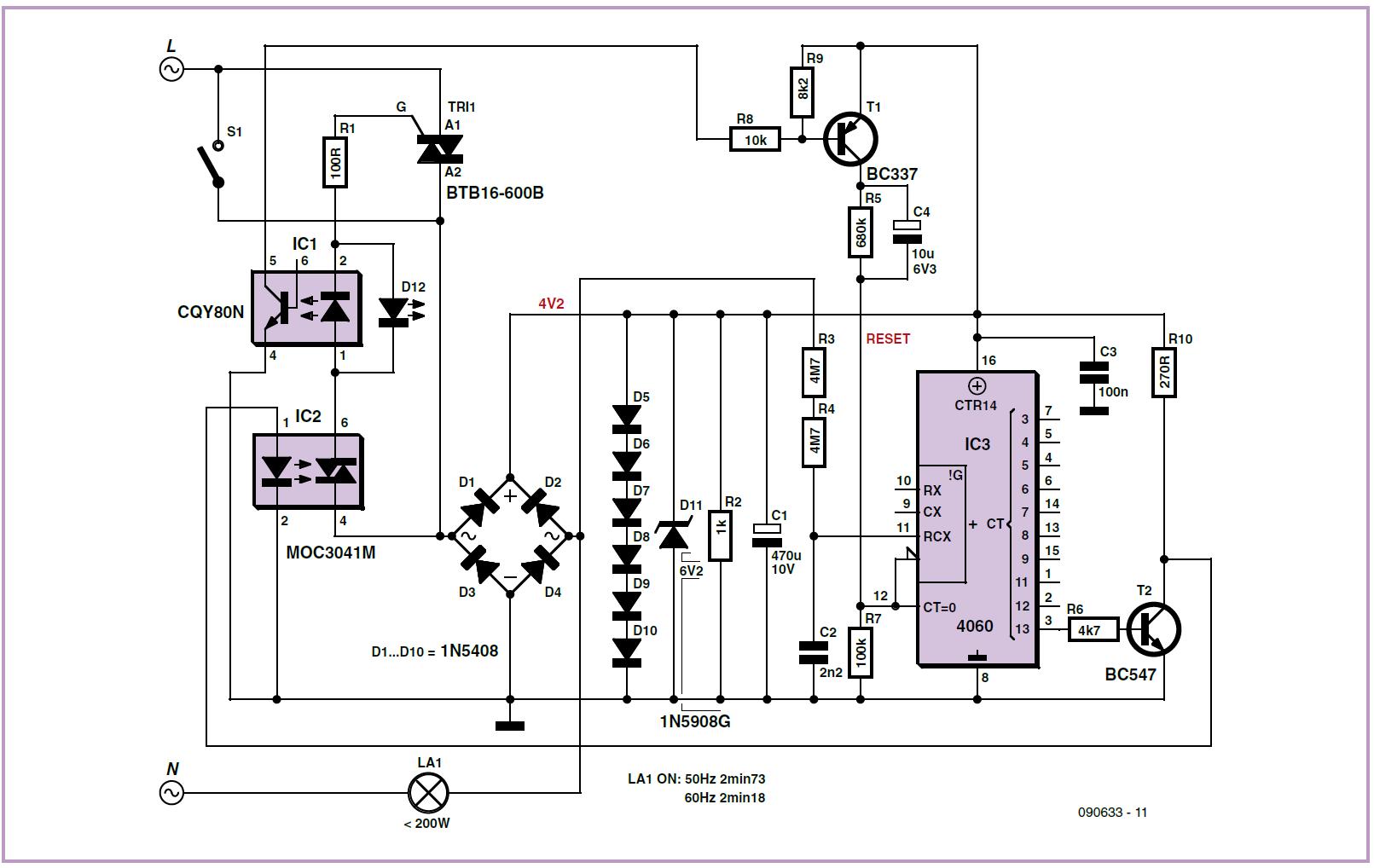 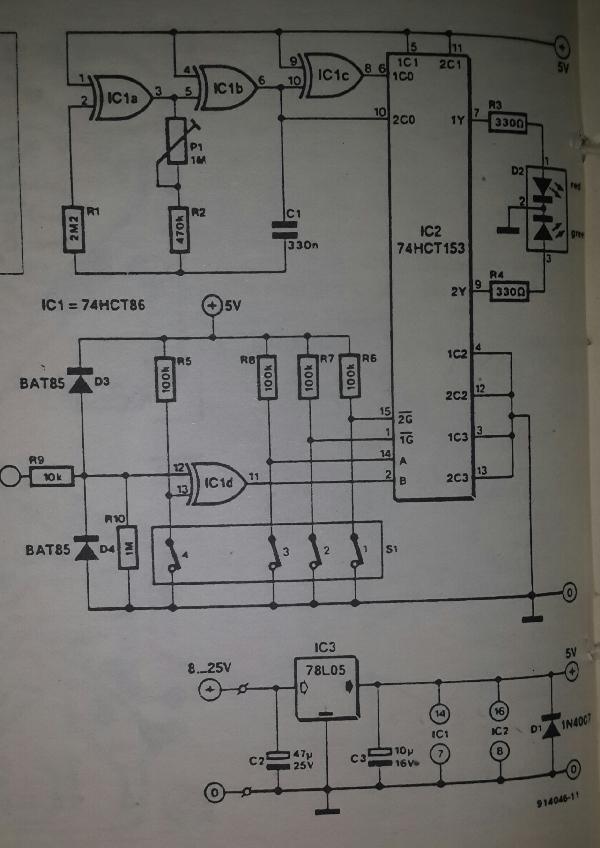