LED Chase is a game that flashes one of eight LEDs randomly, the LEDs being arranged in a row. If the LED on the extreme right or left lights and the corresponding button (L or R) is pushed at the same time, a sound is generated. Next, the LEDs light up individually in sequence and then start ‘hopping’ faster. Wrong pushes of the Left or Right button cause a low sound to be generated. The ‘wrong’ LED flashes rapidly and the LED hopping is slowed down for a new round. If no button is pushed for 60 seconds the LED Chase game will automatically power down. A video showing the game in use, and the rules explained by one of the authors, is available on Youtube [1].

The LED Chase electronics consist of an ATtiny2313 microcontroller, a buzzer, two buttons (L and R), eight LEDs and a 3 V lithium button cell. K1 is the debugWIRE connector which according to Atmel allows “full debugging on the finished product [in combination with AVR Studio]”. The buzzer is driven in a bridge configuration to achieve a usable sound level. The four diodes D9–D12 are necessary to avoid spurious restarts if a buzzer with a good amount of inductance is used. You may also consider using a small high impedance (>32 Ω) loudspeaker instead of the buzzer.

LED Chase uses the ATtiny’s 16-bit timer to generate a timeout that activates the micro’s ‘sleep’ mode with a quiescent current of only 200 nA. The project was designed using C in AVRstudio4, LabCenter Proteus VSM and Ares for the PCB. The project software is a free download from [2].

The authors’ PCB pictured here was designed single-sided to keep the cost down. The PCB design file is on the Elektor web page for the project [2]. A cover was designed for the underside of the board to prevent moist (sweaty!) fingers causing false contacts. You can have the cover produced at www.shapeways.com using the free Google SketchUp file also found in archive 110336-1.zip at [2]. In terms of bells & whistles, the authors plan to expand the game with a RingTone (RTTTL) interpreter. This will enable nice jingles to be played, for example, to celebrate a correct button push or to increase the beats-per-minute as the user reaches higher play levels. Unfortunately, the larger software needed exceeds the 2 K flash capacity of the ATtiny2313 and an ATtiny4313 will be needed to upgrade the game using the same PCB. 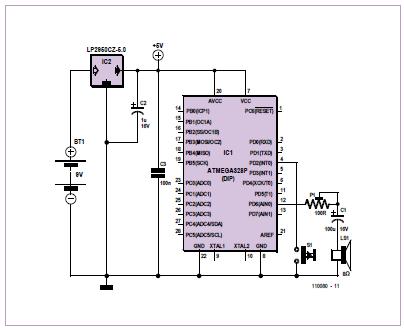 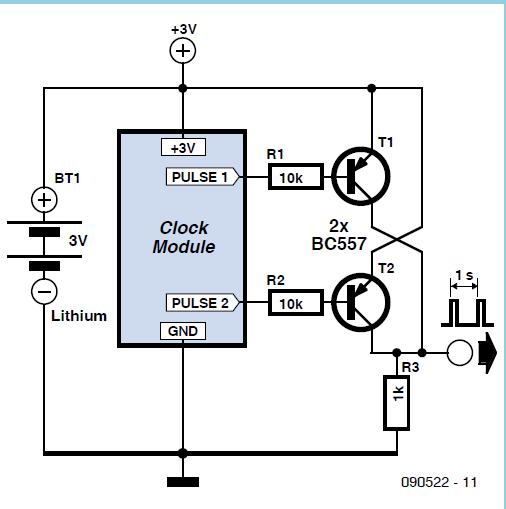 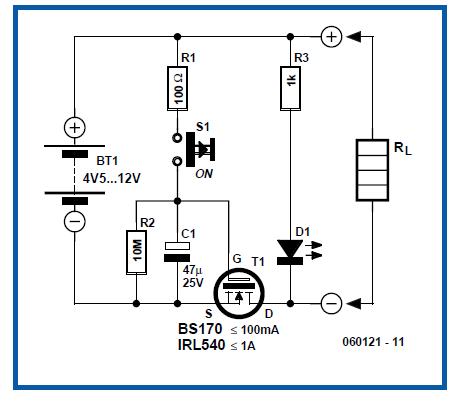 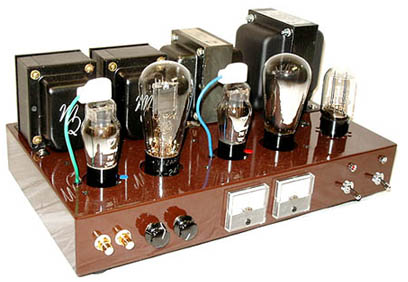