The LM339 quad comparator is a quad operational amplifier comparator which means it is made up with four independent operational amplifiers. It is one of the IC’s which are used for low level checking, level detection as well as for automotive, consumer and industrial memory electronic appliances. Basically it comprises of four autonomous precision-voltage comparators where the maximum value for offset voltage is specified to lowest value i.e. 2mV for LM339 and other such devices. This circuit can compare four different input values.

Instead of LM339 other ICs can be used which work same as it is. The list includes;

Each of the four op amp has 3 pins, two of which are input pins, to be compared, while the third one is output pin whose value is dependent on the inputs’ comparison. The output is drawn to Vcc if the inverting voltage is higher than the non-inverting and the output is drawn to ground for the opposite case. 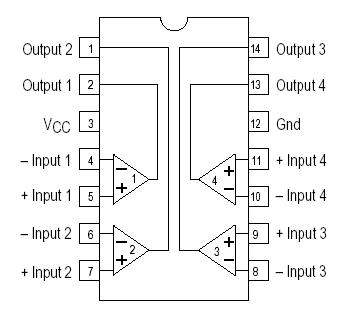 Apart from the output and input pins, two pins of LM339 are power pins. One of them is Vcc and the other is grounded.

The schematic circuit diagram for LM339 quad voltage comparator is shown below: 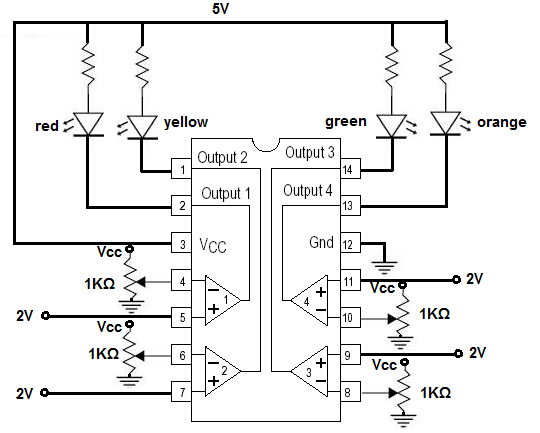 The non-inverting terminal of each op amplifier is given power of +2V.

The LM339 chip is powered by connecting Vcc (pin#3) to 5V while the GND pin (pin#12) is grounded. Powering to the LM339, needed to operate, provides biasing for the circuit.

To each output pin, the limiting resistor (330Ω) along with an LED is connected.

Before going to operate the circuit, make sure that the output is zero by adjusting the potentiometer near 0Ω. Powering the circuit will not make the LEDs ON. Now adjust the potentiometer in such away that the resistance increases. As you turn it, at some point, above 2V, the first LED will glow up. This happens due to the greater inverting voltage tha the non-inverting voltage and thus the output swipes from Vcc to GND. The same result can be obtained, by adjusting potentiometer, for the other three op amplifiers. In this way an LM339 chip is connected to act as a quad voltage comparator 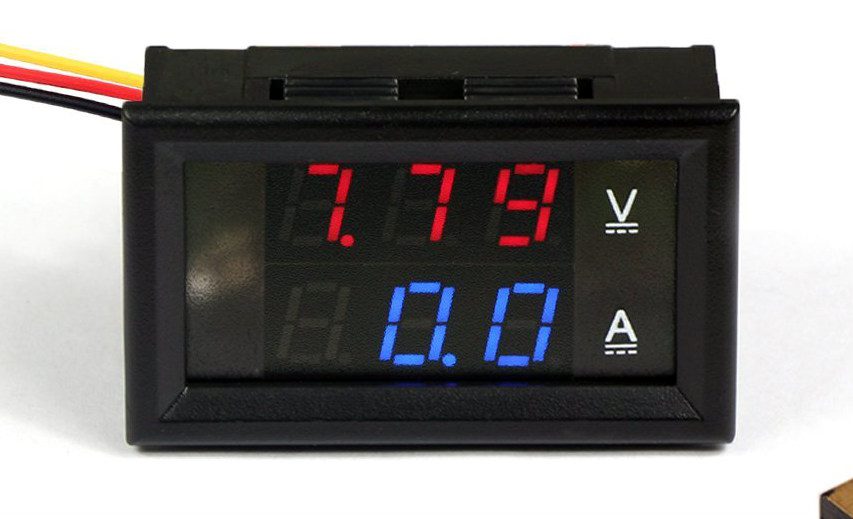 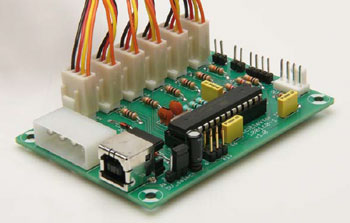 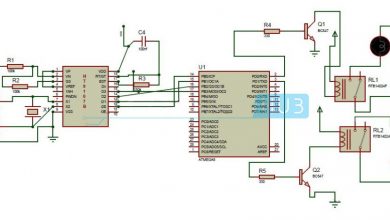