I would like to introduce a fairly simple and low-cost circuit that I found on a foreign forum. 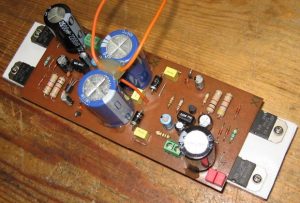 It is a rather old scheme and its history dates back to 1974. If it is true, it says that the design of the franchise is FAIRCHILD . Naturally, do not expect Hi-end or Audiophile end result from this circuit, but do not mean that the sound it gives is bad. 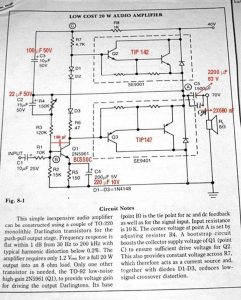 I can say that it sounds better than the TDA2030, TDA2050 and other integrated amplifiers, especially when playing at low volumes, the bass is pretty solid. Of course, everyone’s assessment will be different.

I found the board on the forum that the voice of this race is liked, there is also disliked. Again with the ” HP333 distortion analyzer ” on the same forum , the measured distortion values ​​are as follows. Of course I do not guarantee the accuracy of the results.

I think that this amplifier will be more interesting for users at entry level, but it will also attract the attention of experienced users. I even used TIP142 and 147 pairs as output transistors in this circuit, but not the real ones, but the fake ones. TIP122 and TIP127 can also be convenient in fact they are easy and not expensive.

You do not have to use the FR302 on the feeder floor. I used it for the moment that they were eliminated.
You can choose a suitable rectifier diode at least 3 Amps 50 Volts. For example, 1N5408 etc.

To cool the transistors on the output stage of the devil we simply need an aluminum cooler. Exactly at this point, pay close attention to the 32mm between the output transceivers. I want to draw to distance. We put the transistors in this way and we designed the pcb in this direction because we have a different solution for this circuit as a cooler. As an aluminum cooler, we use a double curtain cone, which we used in our homes for a while so that we can handle the matter cheaply.

After cutting, we take the burrs of the edges with the files and clean and polish the entire surface with sandpaper.

They are now made of plastic, but I’m sure you can easily find them in scrap.
It’s about 20 cm you see in the circuit in the picture. The length of the coolant has also increased. If I say that I will run for hours at full strength, go ahead with the cornice longer. 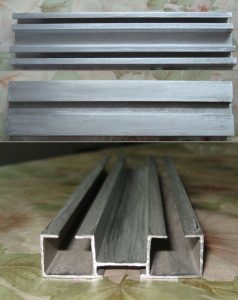 If you press down on the circuit and stretch it, we need to isolate this part because the connections under the circuit will be short-circuited on the cooler. We cover this area with the appropriate biodegradable material. Something like a thin tarpaulin or plastic tarpaulin can see your business. You’d better find a thermal pad. In the middle of the cornice, the channel is 15cm. We put a piece of rubber to prevent the flexion of the engine.

We can now try and give 30 volts AC from the orange wires to the finished power. 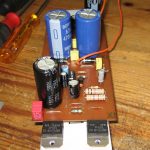 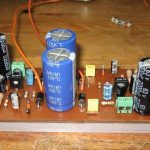 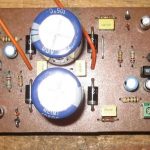 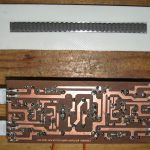 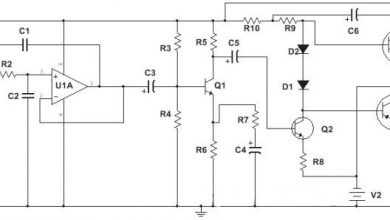 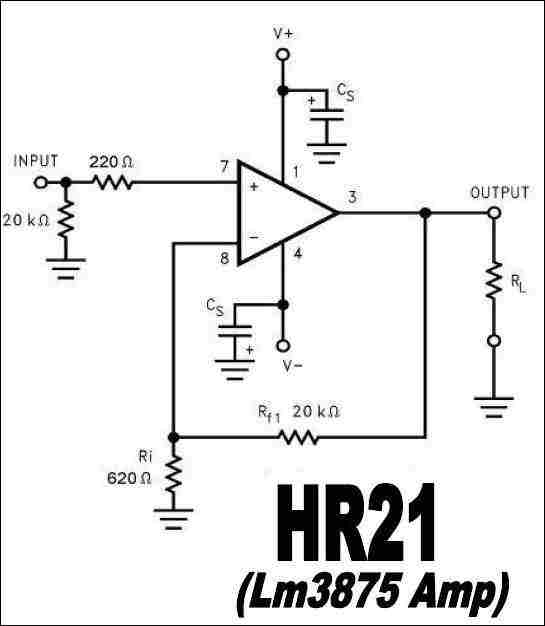