Microprocessor supply regulator: Motorola’s TCA5600 is a versatile 03v supply chip for battery-operated microprocessors; its internal circuit diagram is given in Fig. 1.

Diodes D1 and D2 protect the circuit against reverse polarity of the supply voltage and voltage peaks respectively.

The 2.5 V reference is powered independently to enable it remaining switched on while the remainder of the circuit is on standby. The d.c.—d.c. converter and presettable voltage regulator, A2, form one entity. The converter arranges for the input voltage of A2 to be of a level that ensures correct and stable operation of the regulator. The level depends on the level of the signals at INH1 and INH2 that control the regulator. Six modes are possible as shown in the table. Potential Vout2 is used, for instance, as the programming voltage for an (E)EPROM and is set with the aid of resistors R4 and R5. Since the converter is on until the level at pin 9 reaches 33 V, it is possible, for example, prior to programming an (E)EPROM, to set the input potential to A2 to the required level in advance of the programming pulse, so that the switching from 5 V to the required level is not subject to any delays. This may also be seen from the timing diagram in Fig. 2. 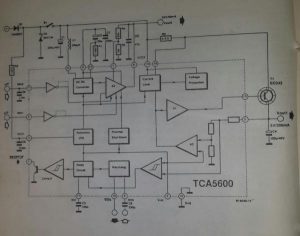 The 5-V regulator is of conventional design. A differential amplifier, Al, compares the output level via a voltage divider with the reference; the difference drives an external power transistor, T1.

Current limiting is provided by a series resistor in the emitter circuit of the output transistor. 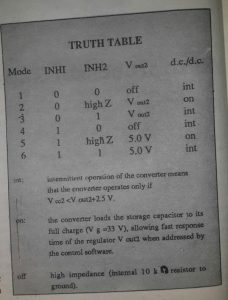 The output of the 5-V regulator is also applied to a Schmitt trigger that functions as an under-voltage detector. If the output drops below 5 V, the delay circuit is actuated to make the reset output of the IC low. This is intended to prevent spurious operation of the microprocessor at too low a supply voltage. Such operation is also monitored by the watchdog. By programming the processor to emanate regular pulses and provide these to the WDI (watchdog inhibit) pin, the watchdog can monitor whether the program is running normally. As soon as a pulse is delayed, the watchdog actuates the delay circuit, which in turn resets the processor. The watchdog function may be switched on and off via the logic level at pin 18 (WIDS) if this level is low, the watchdog is enabled. 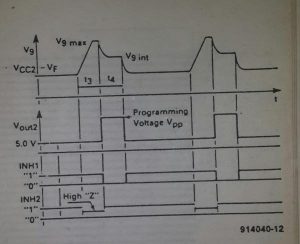 The delay circuit also provides a power-on reset, so that the processor will always start at the correct point in the program at power-on. 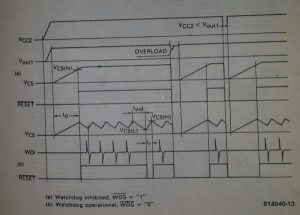 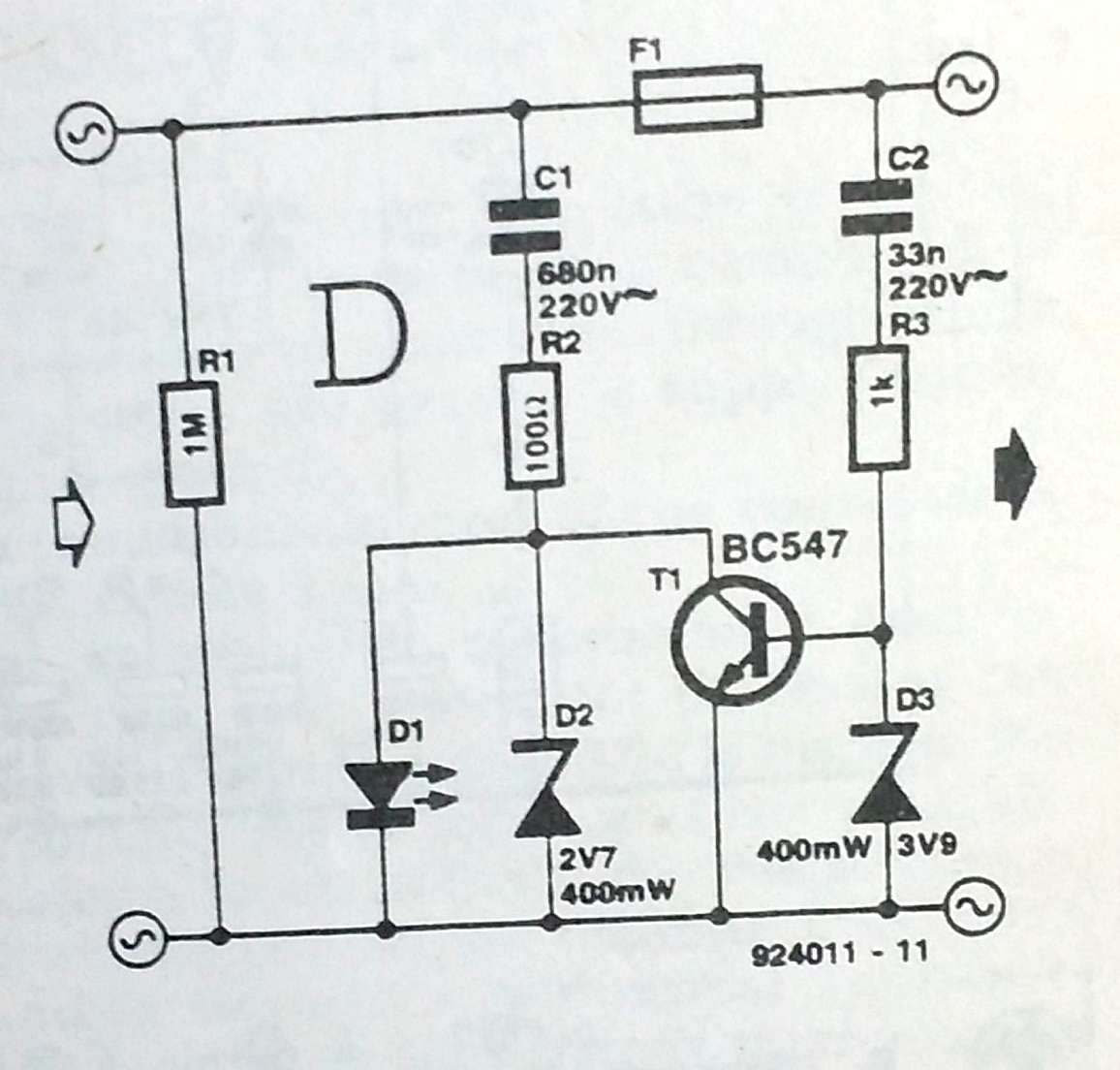 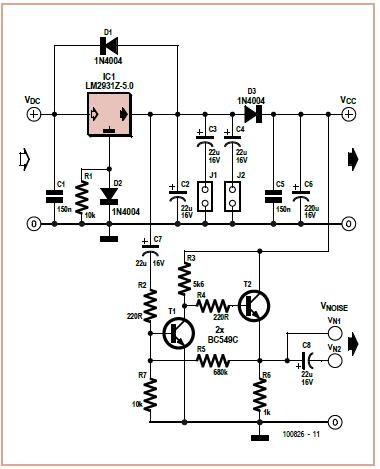 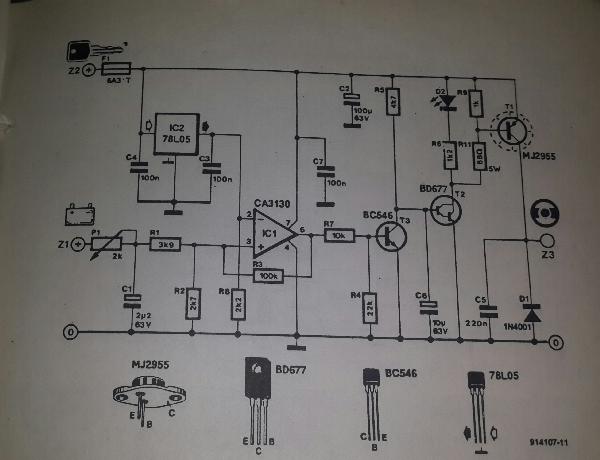 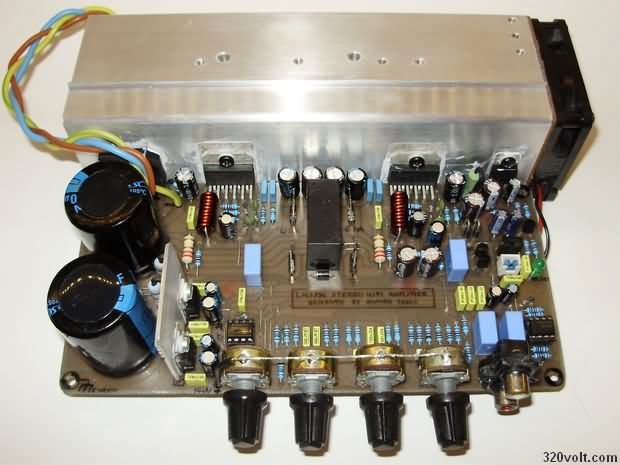