Physics teachers often rely on test equipment to make certain phenomena observable. Stroboscopes are useful for getting a closer look at vibrating strings and rotating motor parts. Conventional stroboscopes, however, will often not flash at a rate fast enough to ‘stop’ the motion for observation. The author is of the belief that a hands-on physical demonstration is worth a hundred hours of ‘chalk and talk’ whiteboard explanations. Strings vibrating at a frequency high enough to be audible will be oscillating at a few hundred Hertz. This flash rate is difficult to achieve with a xenon flash tube. Flash tubes also have a reputation for being fragile and require the application of a high DC voltage for the flash frequency audible. Transistor T2 is only necessary if you, like the author, use the CMOS version of the NE556. The second half of the dual timer chip is configured as a monostable multivibrator to provide a pulse shaping function. The differentiating RC network formed by C4 and R1 produces a 10 µs pulse on the positive and negative edges of the output signal from IC1B. The negative going pulse is transferred to the trigger input of IC1.A via diode D1. R4 and C6 are chosen so that IC1.

A gives a 50 µs positive output pulse in response to the trigger pulses. The pulses are connected to the gate of MOSFET T3 via resistor R5. LEDs are driven by a constant current source, in this circuit the voltage drop across the shunt resistors R7, R8 and R9 is added to the forward conduction voltage VF of D2 to control transistor T1. When the voltage drop over the shunt resistors reaches 300 to 350 mV T1 begins to conduct the drive voltage of T3 to ground thereby limiting current through the LED to around 1 A. C1 effectively reduces the source impedance of the power supply so that high current pulses can be delivered to the LED even when the circuit is powered by four AA size dry batteries.

The author used an LED ‘OSLON SSL LCWCQ7P’ type LED from OSRAM. According to its data sheet [1] this small LED can be pulsed with a current of 2 A for 50 ms. Running with 1 A pulses of 50 µs duration neither the LED or T3 will require any additional cooling. This particular LED has an electrically isolated ‘thermal pad’ between the two power connections which can be used as a heat sink contact point. With a heat sink in place the LED will be able to pass a higher current. IC1.A outputs a constant pulse width so the LED dissipates more power if the value of C5 is reduced to increase the maximum strobe flash frequency. It is of course possible to experiment with more powerful LEDs and to increase the LED current by reducing the size of the three parallel shunt resistors.

T3 still has a little more in hand even when running with a pulse current of 3 A in this application. To achieve maximum brightness it is better to avoid warm white LED variants. Higher colour temperatures are perceived as being brighter. Using the suggested components and a CMOS version of the NE556 the LED current has an average value of around 20 mA when running at 650 Hz. With the speaker switched on this rises to around 40 mA. Using the standard non-CMOS version of the NE556 increases the current drain by about 5 mA. The author has supplied a PCB layout for this design. It uses standard non-SMD components so assembly is very simple. The PCB can be ordered from the project web site [2] where the layout files are also available for download. 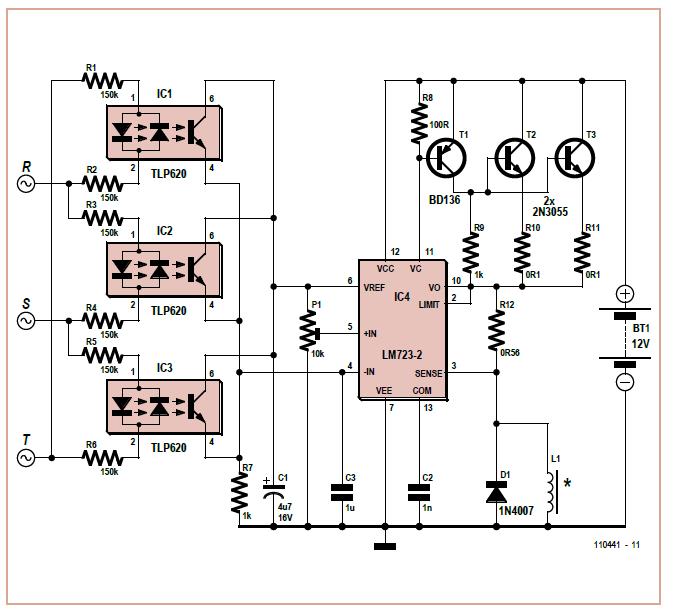 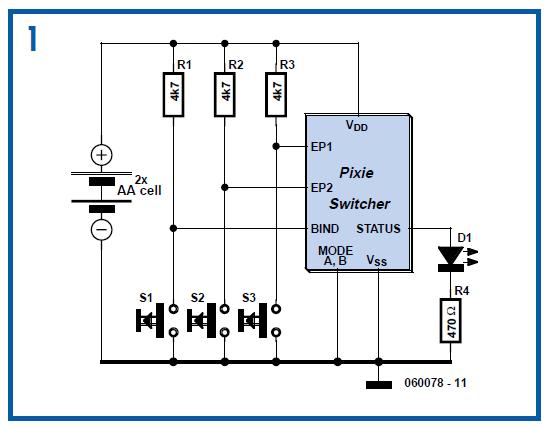 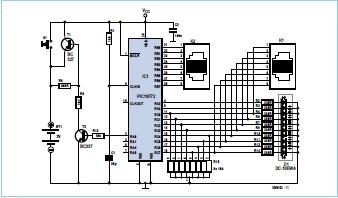 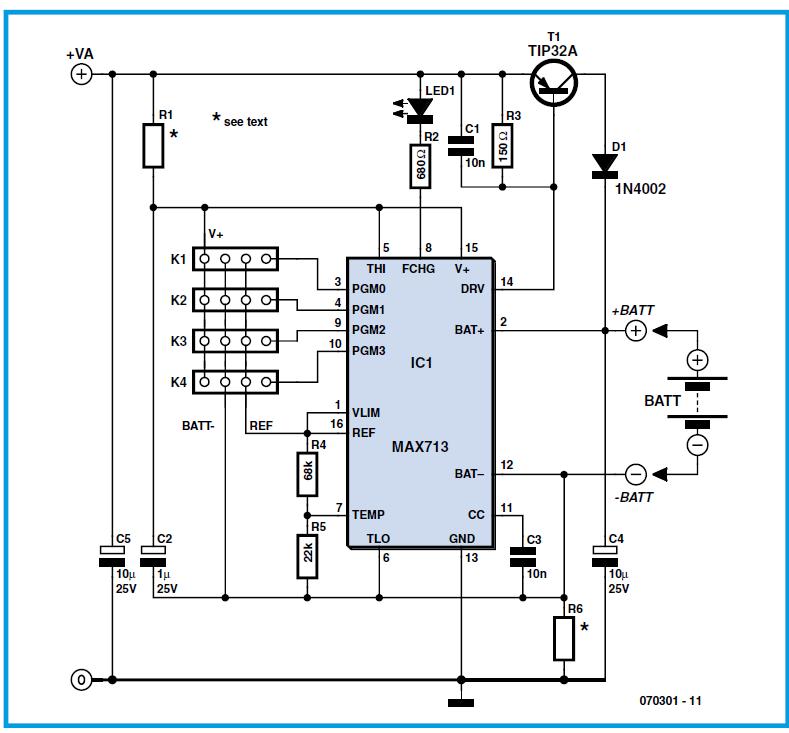