Even if a large number of album titles once available on vinyl are now, little by little, being proposed as CDs, not all are available and far from it. You may have treasures in your collection that you would like to burn on CDs. First, preserving a CD is easier than preserving a vinyl record, and second, we have to admit that turntables are disappearing, even on fully-equipped Hi-Fi systems. From a point of view of software and PCs, converting from vinyl to CD is not a problem. A large number of programs, whether paid for freeware, are available to re-master vinyl records with varying degrees of success and to eliminate pops, crackles and other undesirable noises. All of these programs work with the sound card of your PC and that, admittedly, is where the problem starts. Most high-quality turntables are equipped with a magnetic cartridge which typically delivers just a few mV. The cartridge signal requires a correction of a specific frequency, called RIAA correction. If our older readers will perfectly recall what RIAA is all about, others from the CD generation may not know what the acronym RIAA stands for, guessing it may have something to do with illegal downloading of music on the Internet. 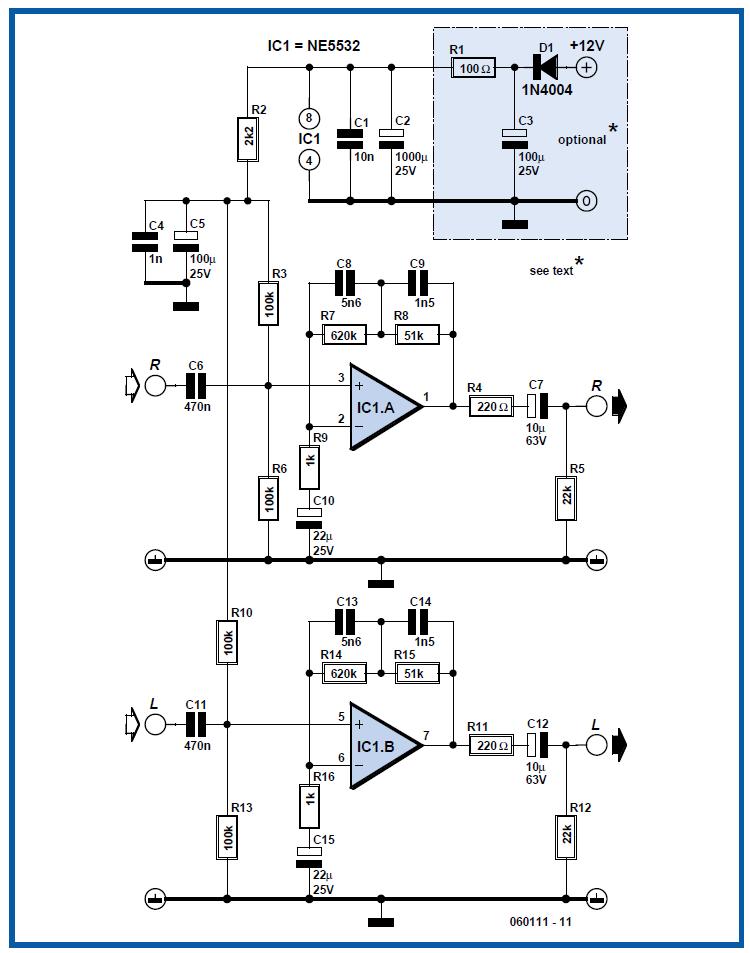 For mechanical reasons related to the vinyl engraving procedure, high-boost frequency correction is carried out while respecting a very precise curve defined a long time ago by the RIAA (Recording Industry Association of America) and, which therefore, quite naturally, was baptized RIAA correction. Reversing the correction is the role of to the preamplifier for the magnetic cartridge. Since this correction boosts the lowest frequencies, such a preamplifier is very sensitive to all undesirable noises, hums, including, of course, the one coming from the 50-Hz (or 60-Hz) mains power supply. It is important to take that into account while making this project which must be done carefully with respect to grounding and shielding. The schematic of our preamplifier is very simple because it uses a very low-noise dual operational amplifier. Here the NE5532 is used, whose response curve is modelled by R7, R8, C8, and C9 (or R14, R15, C13, and C14 respectively) in order to match the RIAA correction as closely as possible. The input has an impedance of 47 kΩ, which is the standardized value of magnetic cartridges, and its 1,000-Hz gain is 35 dB which allows it to supply an output level of a few hundred mV typically required by for the line input of a PC sound cards.

The connection between the cartridge and the input of the amplifier requires shielded wiring to avoid the hum problems discussed above. Likewise we recommend fitting the assembly in a metal housing connected to the electric ground. With respect to the power supply, three solutions are proposed: If you are a purist and you want to rule out any noise whatsoever, you will utilize a simple 9-V battery. Then, the components outlined with a dotted line will not be useful. Since the circuit only uses a few mA, such a solution is acceptable unless your collection of vinyls is impressive… If you desire a more elegant technical solution that might sometimes cause more undesirable noise on the signals, you may want to wire up the components within in the dotted lines and you can steal the 12 V positive voltage available from your PC. A Y-connector inserted on the power supply of one of the internal drives or peripherals will work very well for that. Finally, you may also use a mains adapter set to 12 V and connect it to the +12-volt point of the drawing in order to benefit from additional filtering, which is not a luxury for some 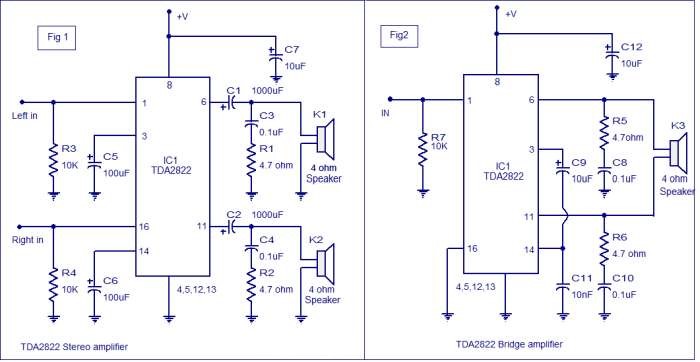 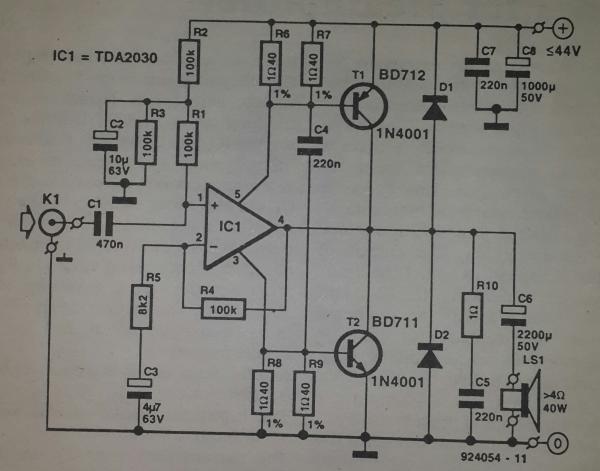 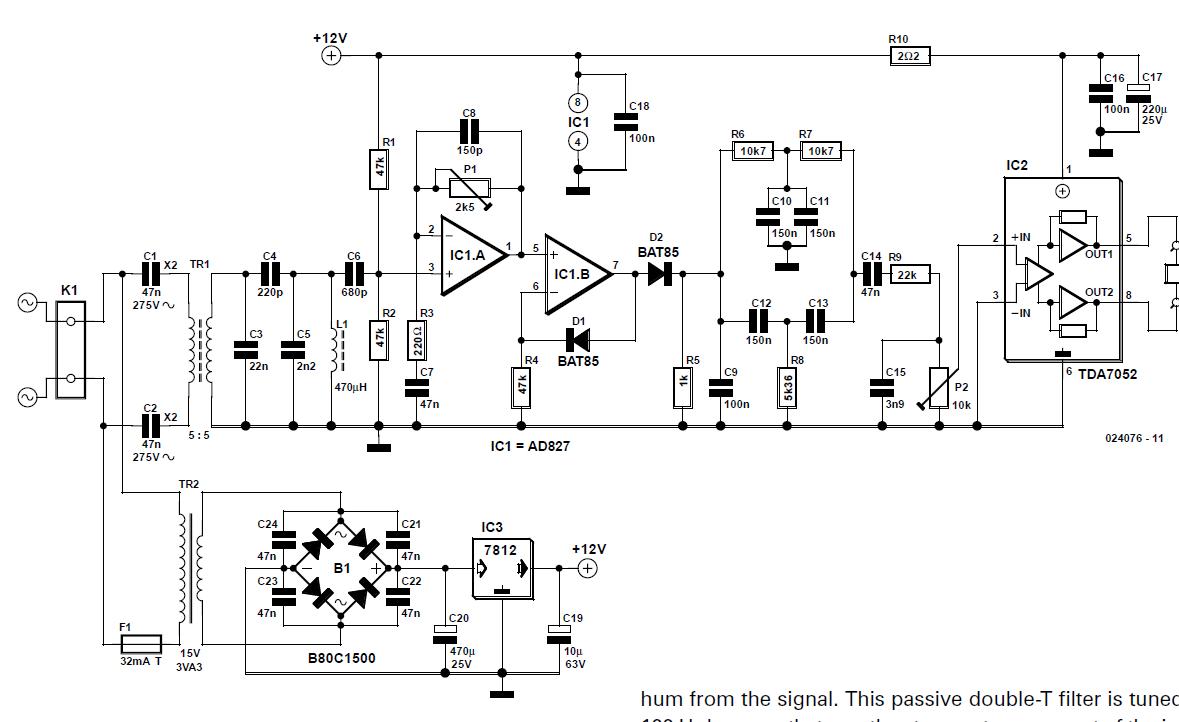