I’ll teach you how to make a simple Police Siren Circuit using NE555 Timer IC in this project. I’ll also explain how the circuit works and what the project’s basic principle is.

Multivibrator is the working concept underlying this project. So, before we go into the intricacies of the project, let’s define what a Multivibrator is.

As one of the most widely utilised circuits, multivibrators can be used in a wide range of applications. The application could be as simple as a domestic application or as complicated as an industrial or communication application. The multivibrator can also be used as an oscillator, a digital flip flop, a pulse generating circuit, a timer, or a generator circuit, among other things.

Multivibrators are divided into three categories. They really are.

It has actually no stable state. It has two quasi stable states which rapidly alters from one to another and again to the same state. So it mainly alters from high to low and from low to high irrespective of any input trigger input after a pre settled time.

In it, both states are stable. Two separate input triggers are employed to change the state from low to high.

To learn more about the 555 timer, read the post 555 Timer as Multivibrator.

Transistors can be used to make any of the three types of multivibrators listed above. However, there is one type of IC that is widely available that may be used as an astable, monostable, or bistable multivibrator: the IC555.

The IC 555 is one of the most flexible chips, and its multi-functionality allows it to be employed in a wide range of applications. It’s an 8-pin DIP or SOP packaging chip with a direct current drive output of 200 mA. This IC is characterised as a mixed signal chip because it has both analogue and digital components. The IC can be used to generate timing, clock waveforms, square wave oscillators, and many more functions.

As you can see in the diagram above, the IC 555 is made up of two comparators, one of which is an RS flip flop and the other of which is a collection of discrete components such as transistors, resistors, and other components. The biassing voltage is divided into three parts by a voltage divider with a comparable amount of resistor R, with the non-inverting terminal receiving 1/3 Vcc of the trigger and the inverting terminal receiving 2/3 Vcc of the threshold comparator. The flip flop’s R and S input terminals receive both comparator outputs. While output terminal Q is the genuine output of the IC, the real output is Q'(Q bar). When the external capacitor reaches a high voltage, the discharging transistor allows it to discharge.

At the time 1/3 Vcc > negative trigger is given at the input pin trigger,  the trigger comparator move to high output and the flip flop reach to original sate and the chip output which is output from Q’ moves to high.

The flip flop is now in the set state since the output from the threshold comparator is high when 2/3 Vcc positive trigger is applied to the threshold input pin. As the output Q increases, the chip’s output decreases. The discharging path is received by an external capacitor during transistor discharges. The flip flop is held enabled by the high input resets. When the flip flop is in the low state, it is turned off and gets a low signal at the output. There is no other threshold result that compares to the outputs of the trigger comparator.

The sound produced by this circuit is comparable to that of a police siren. The 555 timer IC is an integrated circuit that can be used to make timers, pulse generators, and oscillators. The 555 can be used as a timer, oscillator, and flip-flop element. In this project, I used two 555 Timer ICs, which both function as Astable Multivibrators.

The NE555 timer IC is used in the police siren circuit described here. Two NE555 integrated circuits are used to construct the circuit. In this design, both timer ICs are setup as astable multivibrators. Despite this, the circuit’s two ICs operate at distinct frequencies.

You can change the value of R2 and R4 resistors by replacing them with appropriate potentiometers to change the frequency range of the siren. With the power amplifier connected to the output, the pitch of the sound can be increased. By connecting flashing LEDs in the proper location, a realistic police siren effect can be created. A Perfboard can be used to build the circuit. Two NE555 can be replaced with one NE556. 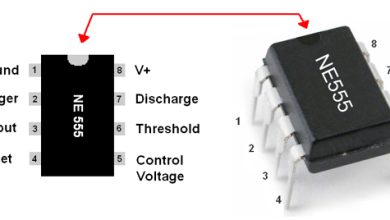 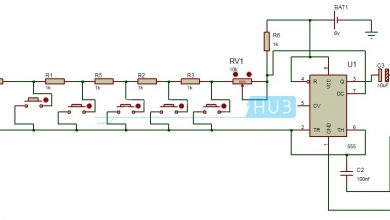 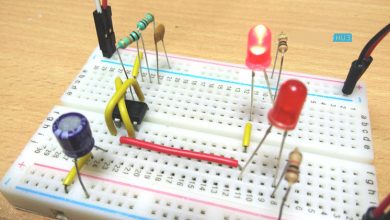 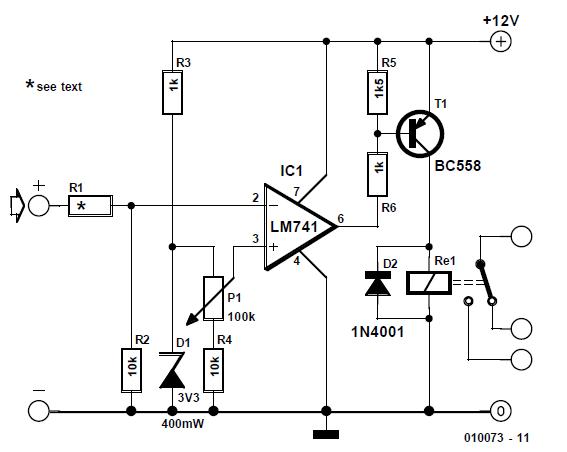