This is a reaction timer game between two players, red and green. Each player has a pushbutton in front of him that he must press at just the right moment: not too early and not too late. The aim is to be the first to press the button. The ‘right time’ is indicated by a multi-colour LED. Each round of the game runs as follows: after a welcome pattern (flashing red and green, playing two tones), the LED starts to blink red slowly. A player who presses during this phase (too early) is ‘punished’ by a low-pitched tone and the lighting of the LED in his colour. 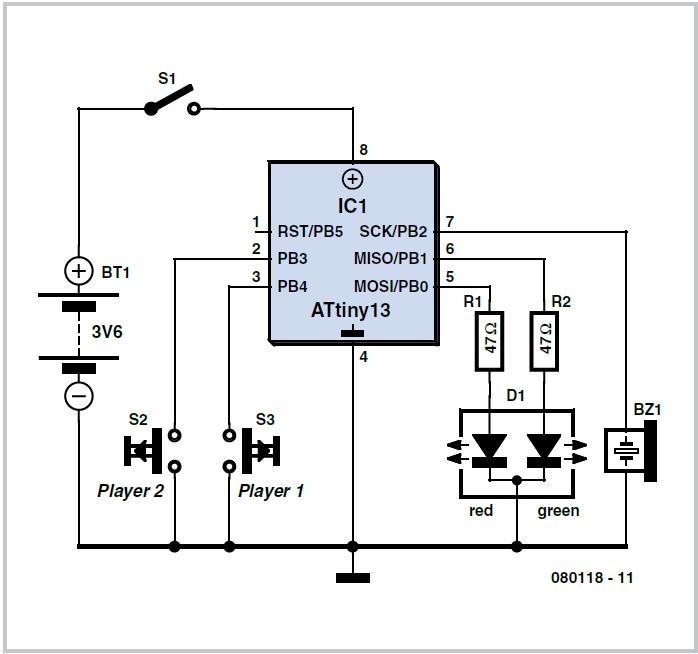 After a random time period the LED turns yellow. The first to press during this period is the winner and is rewarded by a rapid flashing of the LED. If the LED goes out again before either player has pressed his button, it is too late and another round of the game starts. As a glance at the well-commented source code for the microcontroller software shows, the sequence of events and their timing can easily be adjusted as required.