The difference of the voltage between V+ and V- is amplified in this circuit. It is similar to the  comparator mode, and in addition the Op-Amp is operated in a closed loop, making it possible to control the voltage gain of the circuit. 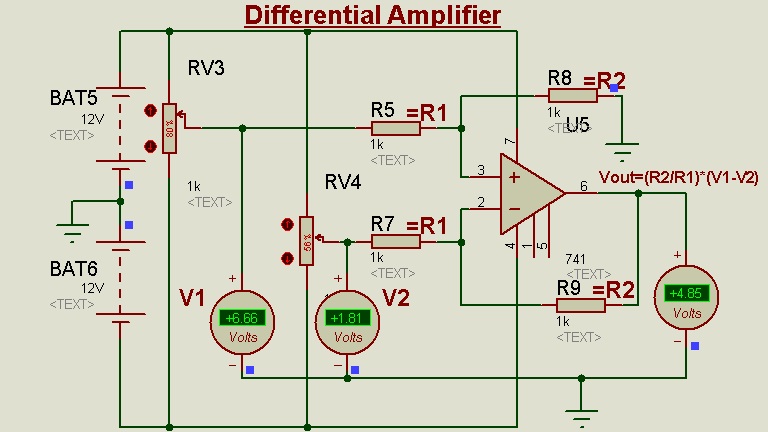 The output varies according to the gain of the amplifier circuit between +Vsat and -Vsat. This can be used as an analog Subtractor. If Vout=Va+Vb-Vc-Vd is the desired output, then connect Vc, Vd to V- terminal and Va, Vb to V+ terminal.Output of the Op-Amp follows the equation,

Simulation of Op-Amp as Differential Amplifier

There are many circuits for low voltage regulators. For higher voltages, such as supplies for valve circuits, the situation is...