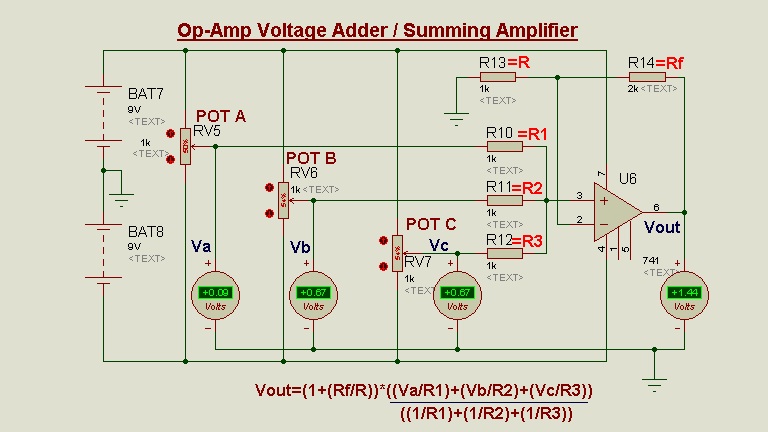 Simulation of Op-Amp as Summing Amplifier

In this circuit, Op-Amp operates in a closed loop. Input is applied to Non-Inverting terminal and output is fed-back to...