Unlike other microphones, a contact microphone makes you look at the world in a different way. At the heart of the contact mic described here is a ceramic piezo-disc, which can be mounted with double-sided adhesive tape to a surface for capturing structure-borne sounds.

Ceramic piezo discs are inexpensive; they are like sonic microscopes and allow us to make very simple contact microphones to probe for secret sounds. Actually, piezos generally come in two types of materials: ceramic and polymer. The ceramic is more self-resonant, efficient, and less expensive. 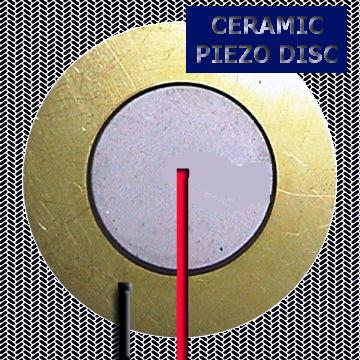 Actually, the piezo disc can put out a lot of signal and hardly needs any amplification, but buffering is essential, and that can be done through several methods. Because the piezo disc has a very high impedance (1 MΩ typical), it should be buffered to avoid possible impedance mismatch with an existing audio system. If we don’t match this, we get all sorts of humming, buzzing, and noise — all associated with low-level signals. It’s very easy to build the electronics for this using a FET, but I opted for a more effective idea. Let me quickly walk through the schematic:

The signals entering the circuit through the “PIEZO_IN” connector is handled by the first op-amp (IC1A) of IC-TL072P. Choosing the right value for resistor R1 largely depends on your specific application. For example, if you want to catch sub-audio signals, the 10M value is okay. However, if you are more interested in other realms (audio, voice, etc.), start experimenting with resistor values from 10K to 100K. The configuration of the resistor R1 and the potentiometer VR1 is totally up to you as long as R1 is a metal-film resistor (MFR) and VR1 is a logarithmic (LOG) type. The second op-amp (IC1B) wiring includes a small filter and gain adjuster — pretty usable for little signal processing by the end user. Finally, the ac coupling capacitor C5 and the audio output “AMP_OUT” can be extended directly to the outside world.

You can use a single 9-V alkaline battery (or an external dc input up to 15 V) to power your contact microphone by linking the battery [+] to DC-1 and [–] to DC-3 connection points. Note that V+ and V– are the positive and negative rails of the circuit, while GND/0V is the virtual ground used to simulate a dual-rail supply, which does not connect to the negative terminal of the battery (it connects just to the middle of the voltage divider formed by R5 and R6).

Try to use a short length of high-quality two-core shielded cable for interlinking the piezo disc with its amplifier. Remember to treat the outer metal rim (gold coin!) of the piezo disc as the ground (-ve) connection. This reduces the influence of unwanted hum and other electrical noises and makes the output signal clean. Also putting the electronics into a grounded metal enclosure will reduce the 50-Hz hum by a lot. For attaching the piezo disc to a surface, you can use a double-sided adhesive tape or some gums. One thing I’ve observed is that a drop of “superglue” offers rigid connection and better outcome than the double-sided glue tape. All in all, this isn’t a difficult build. Happy building and experimenting!

Piezo comes from the Greek word meaning “to squeeze,” which is the basis of how they function. Piezos are very sensitive, producing large voltages from small amounts of movement. The schematic symbol and equivalent circuit for a piezo is shown below. The capacitance (formed by the parallel plates) is mainly what makes piezos a bit tricky to get to work. 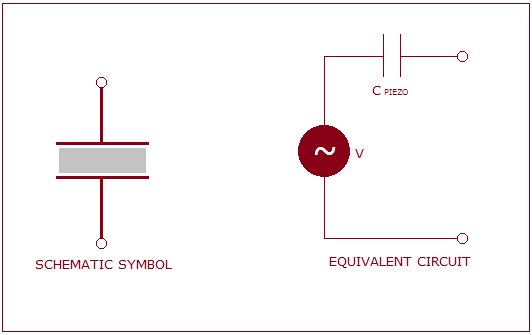 This source capacitance can vary from 500 pF to 20 nF and makes a high-pass filter with the input impedance of the connected amplifier. So if we want response down to 20 Hz, we need an input impedance in 15M- to 400K-ohm range. What is more difficult to deal with is that this high impedance makes the circuit very prone to picking up the 50-Hz hum and other disturbance, so good shielding is essential.

If you are interested in learning more about piezos, look into this Piezo Film Guide: http://www.openmusiclabs.com/wp/wp-content/uploads/2011/11/piezo.pdf

A resistor is an electrical device that resists the flow of electrical current. In the digital era, we can find...