A common problem when an AC mains adapter is used to power a USB device is that the voltage does not match the nominal 5 V specified by the USB standard. The circuit shown here accepts an input voltage in the range of 4–9 V and converts it into a 6-V output voltage, which is then stabilised to a clean 5-V level by a series regulator. The combined boost/buck converter used here operates on the SEPIC principle. That principle is quite similar to the operating principle of the Cuk converter (see the January 2005 issue of Elektor Electronics), but without the disadvantage of a negative output voltage. The circuit is built around a MAX668, which is intended to be used as a controller for boost converters. The difference between a SEPIC converter and a standard boost (step-up) converter is that the former type has an additional capacitor (in this case C2) and a second inductor (in this case, the secondary winding of transformer L1). If C2 is replaced by a wire bridge and the secondary winding of L1 is left open, the result is a normal boost converter. 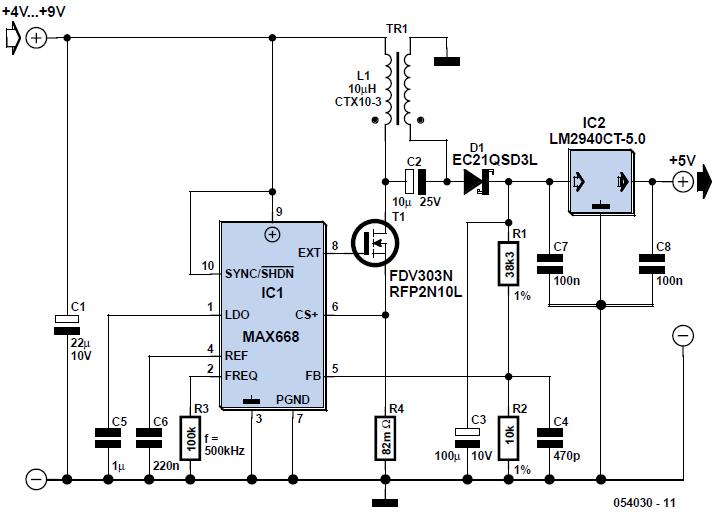 The second coil causes a defined voltage to be present at the anode of D1. It is also possible to replace the transformer by two separate coils that are not magnetically coupled. However, the efficiency of the circuit is somewhat higher if coupled coils are used as shown here. The value of resistor R4 is chosen to limit the maximum current to 500 mA, which is also the maximum current that a USB bus can provide according to the specifications. Resistors R1 and R2 cause the voltage across C3 and C7 to be regulated at a value of around 6 V. A low-drop regulator (LM2940) is used to generate a stabilised 5 V from the 6-V output (with ripple voltage). The efficiency should be somewhere between 60 % and 80 %. 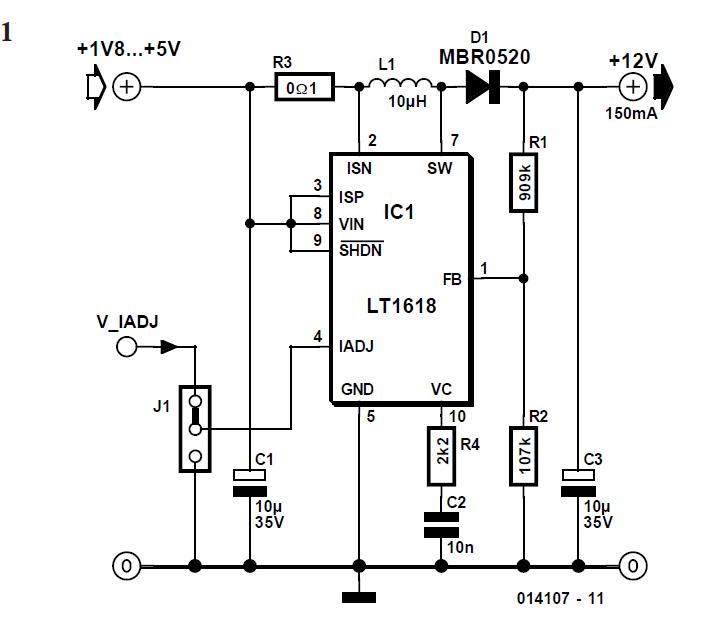 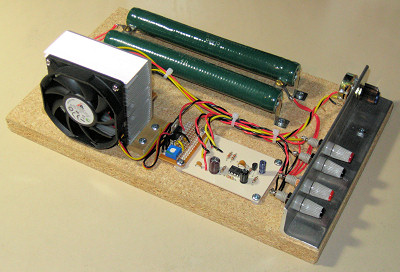