This circuit is purposely presented with many loose ends (not literally, of course) to stimulate experimenting with RF circuitry at a small outlay. Looking at the circuit diagram you may recognize a modified version of the SW Converter for AM Radios described elsewhere in this issue. The modifications were necessary to make the circuit compatible with a digital rather than analogue AM car radio. The main difference between digital AM radios and their all-analogue predecessors is that tuning is in 9 kHz (sometimes 4.5 kHz steps) in compliance with the international frequency allocation for the band. Obviously, that particular step size, desirable as it may be on MW, is a stumbling block if you want to use a digital AM receiver in combination with a frequency step-up converter for SW, where chaos reigns and there is no fixed step size. 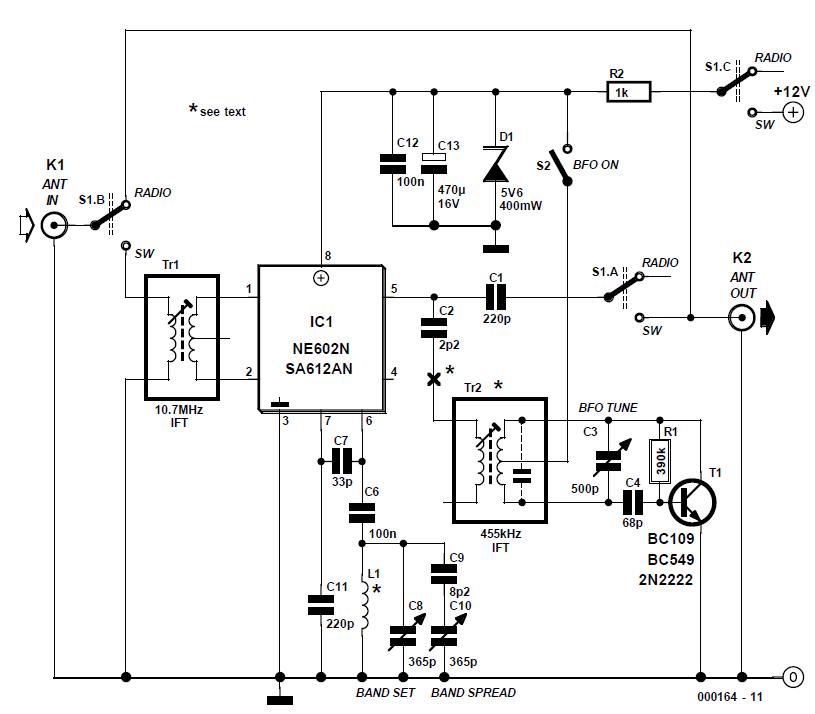 The first attempt was to make the crystal oscillator variable by about 5 kHz each way. Unfortunately, despite serious efforts, the crystal could not be pulled more than 1 or 2 kHz so another solution had to be found.

After studying the NE/SA602/612 datasheet, it was found that a variable LC-based oscillator was the best alternative. The circuit worked after winding a resonant LC circuit and adding a 0.1 µF series capacitor to block the DC component on pin 6 of the NE602 (612). When the tuning was found to be a bit sharp with the original capacitor, a simple bandspread (or fine tuning) feature was added by shunting the LC resonant circuit with a lightly loaded 365 pF tuning capacitor (C10) which, like the main tuning counterpart, C8, was ratted from an old transistor radio.

Details on Tr1 may be found in the referring article. Note that no tuning capacitor is used on the secondary — the input stray capacitance of the NE602 (612) does the trick.

A BFO (beat frequency oscillator) was added to enable SSB (single sideband) signals to be received. The BFO built around T1 is simple, has a heap of output and is stable enough to hold an SSB signal for a few minutes without adjustment. The BFO frequency is tuned with C3. Tr2 is a ready-made 455 kHz IF transformer whose internal capacitor was first crushed and then removed with pliers. When S2 is closed the BFO output signal is simply superimposed on the NE602 (612) IF output to the MW radio.

The converter should be built into a metal box for shielding. If you find that the BFO gives too much output, disconnect it as suggested in the circuit diagram and let stray coupling do the work.

Sensitivity, even on a 1-metre length of car radio aerial, is quite amazing. Bearing in mind that most of the major international SW broadcasting stations like Radio NHK Japan, Moscow, BBC etc.) generate enough power to make sure that you will hear them, it is still quite exciting to hear such signals for the first time on your car radio. 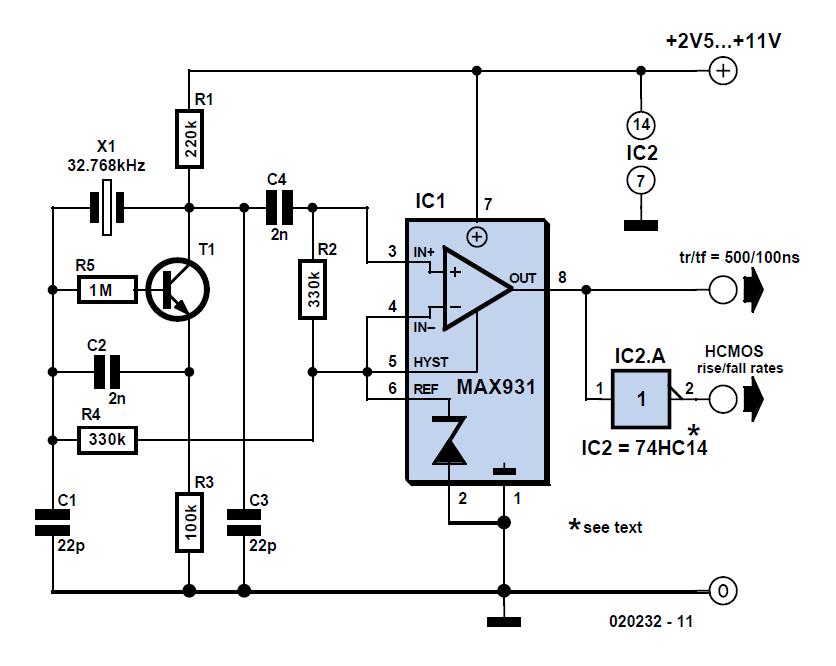 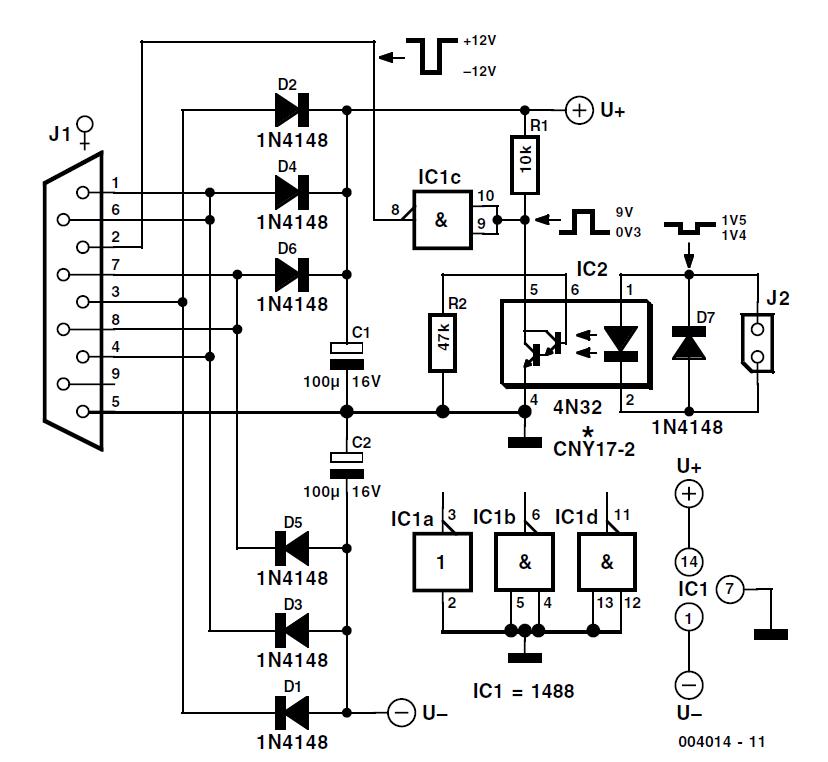 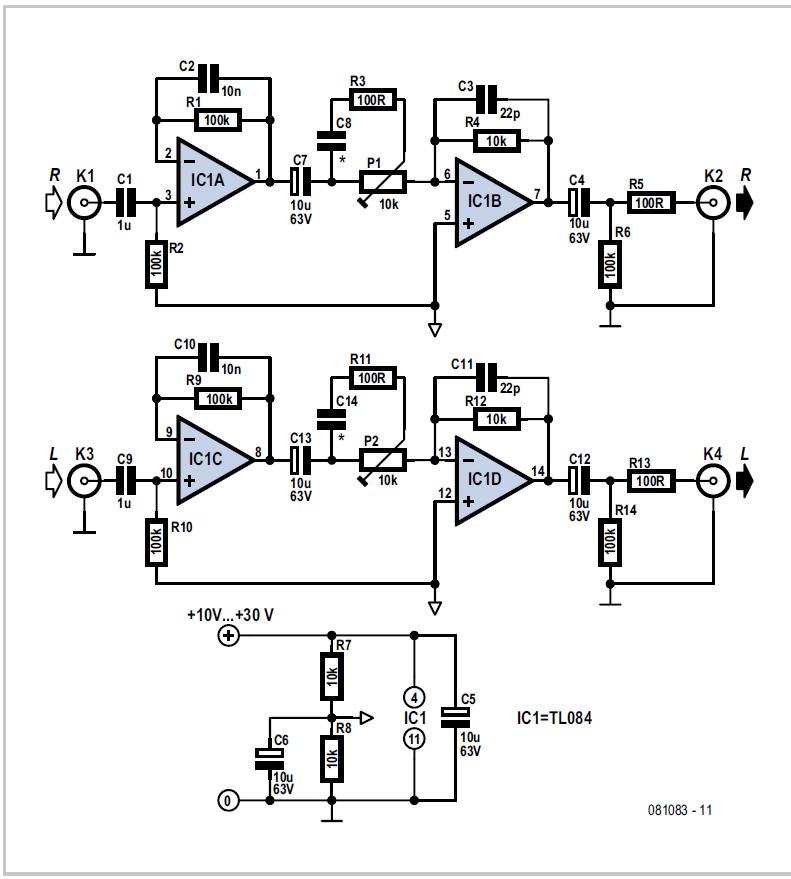 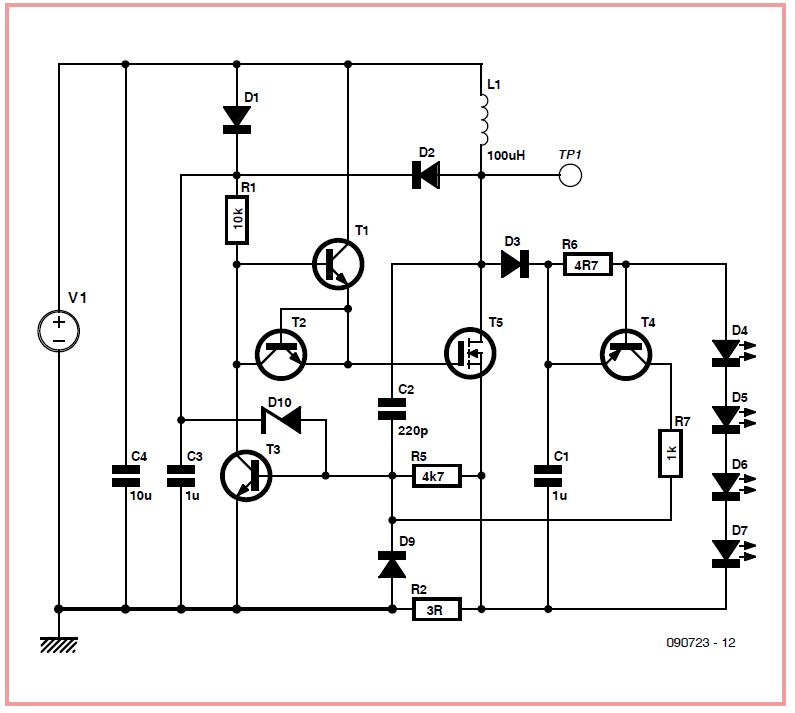