A telephone is a telecommunications device that permits two or more users to conduct a conversation when they are too far apart to be heard directly. A telephone converts sound, typically and most efficiently the human voice, into electronic signals that are transmitted via cables and other communication channels to another telephone which reproduces the sound to the receiving user. A common short form of the term is a phone, which came into use almost immediately after the first patent was issued.

Those of you who like the telephone hell louder may find this circuit of interest. It uses the telephone bell signal to actuate an oscillator, which in turn drives a relay that operates a standard door gong.

The oscillator is an RC type based on a 4093 Schmitt trigger. Both the charging and discharge times of C4 are set with presets. The oscillator is followed by a kind of buffer that energizes the relay via T1.

The telephone bell signal is applied to terminals a and b. Capacitors C1 and C2 in the two lines isolated the circuit from the telephone network, at least as far as d.c. is concerned. To prevent the circuit from responding to speech signals. level thresholds are provided by Zener diodes D1and D2. Network R1-D3 limits the 120-150 Vpp bell signal to about 12 V. That signal is rectified by D4 and smoothed by C3, after which it is used to switch IC1, Capacitor C3 is discharged rapidly via R3 when the bell signal ceases. Resistor R prevents too high a drive voltage when there is a speech on the input lines.

The relay contact is connected to the terminals via which the gong is operated. The circuit may be fed by the same transformer used for the gong. When the relay is energized, the total current drawn is only 35 mA.

The setting of presets P1 and P2 depends on individual taste and how long the on and off periods of the gong are desired to be. 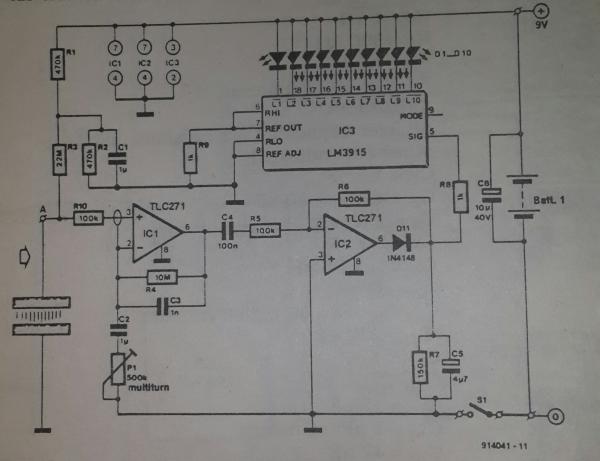 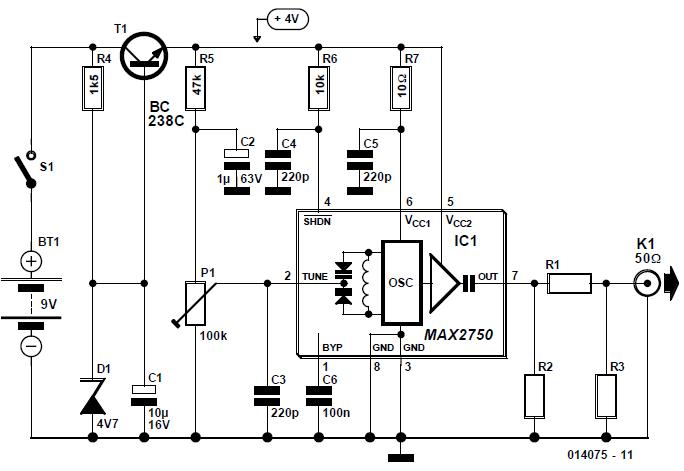