A Temperature Controlled DC Fan is a system which automatically turns on a DC Fan when the ambient temperature increases above a certain limit.

Generally, electronic devices produce more heat. So this heat should be reduced in order to protect the device. There are many ways to reduce this heat. One way is to switch on the fan spontaneously.

This article describes two such circuits that automatically, switches the fan when it detects the temperature inside the device greater than its threshold value.

The project works on the principle of Analog to Digital Conversion. The Analog data from the LM35 temperature sensor is given to the analog to digital converter ADC0804.

The temperature sensor’s analogue output will fluctuate by 10mV per degree Celsius.

ADC0804 is an ADC with an 8-bit resolution. With a 5V reference voltage, the resolution is 5V/28 = 20mV. That is, this is the smallest change in the analogue value from the sensor that the ADC IC can detect.

The ADC output is generated in response to temperature variations. The ADC’s digital output is fed into the Microcontroller, which uses it to determine temperature and drive the fan appropriately.

Configuring ADC0804 for this Project

The configuration of the ADC0804 is explained here. First, we need to connect the 5V regulated power supply to the Vcc pin (Pin 20). Then, connect the analog and digital ground pins (Pins 8 and 10) to the GND.

In order to use the internal clock, we need to connect a 10KΩ resistor between CLK IN (Pin 4 and CLK R (Pin 19) and then, connect a 150pF cap between pins 4 and GND to complete the oscillator circuit.

The CS pin (Pin 1) is connected to GND to enable the ADC.

In order to read the data from the ADC continuously by the microcontroller, we need to connect the RD pin (Pin 2) to the GND.

For the ADC to continuously read the analog data from the sensor, we need to short the Write pin (Pin 3) with the Interrupt pin (Pin 5).

The basic connections with respect to microcontroller include clock, reset and EA. Clock consists of an 11.0592 MHz crystal and two 33pF capacitors. The reset circuit consists of a 10µF capacitor, 10KΩ resistor and a push button. The EA pin is pulled high with a 10KΩ resistor.

Now we’ll see the connections with respect to other components.

For the LCD display, a 10KΩ pot is connected to contrast adjust pin. The three control pins of the LCD are connected to the pins P3.6, GND and P3.7.

The 8 data pins of the LCD are connected to PORT1 of the microcontroller.

The basic connections with respect to ADC are explained in its configuration. The 8 digital outputs of the ADC must be connected to PORT 2 of the microcontroller.

The next component we are going to connect is LM35. Connect the data pin of the LM35 to the analog input pin i.e. Pin 6 of ADC.

Finally, we need to connect the Relay circuit consisting of resistor, transistor and relay to the PORT0 of the microcontroller with PORT 0 pulled-up externally.

Connect the input of relay i.e. base of the transistor to P0.0 pin of the microcontroller.

The aim of this project is to design a temperature controlled fan using 8051 microcontroller, in which the fan is automatically turned ON or OFF according to the temperature. The working of the project is explained here.

In this circuit, the LM35 temperature sensor will give continuous analog output corresponding to the temperature sensed by it. This analog signal is given to the ADC, which converts the analog values to digital values.

The digital output of the ADC is equivalent to sensed analog voltage.

In order to get the temperature from the sensed analog voltage, we need to perform some calculations in the programming for the microcontroller.

The circuit’s fundamental premise is to turn on the fan attached to the DC motor when the temperature rises above a certain level.

For ADC conversion, internal registers should be declared. The ADC pin outputs a digital value. This is compared with the threshold value by the controller which switches the fan if value is greater than threshold.

The LM35 temperature sensor typically has a range of -55 to +150 degrees Celsius. We need to connect an extra resistor between the data pin and a negative supply of Vcc to measure the complete range of temperatures, i.e. from negative to positive.

Nature’s parameters are all analogue, which means that analogue signals characterise the vast majority of data in the real world. For example, suppose the temperature of the room is recorded.

To use a microprocessor or a microcontroller to modify real-world data, we must convert analogue impulses to digital signals so that the processor or controller can read, analyse, and manipulate the data.

9. After  the conversion of the value, an interrupt bit is enabled by the  hardware

The result is stored in two data register of ADC  that is  ADCL and ADCH. Now read the digital value from these registers

The temperature sensor has three input pins: VCC, ground, and the sensor itself. The output pin is in the middle, while the ground and VCC pins are on the other two pins. The microcontroller’s VREF and AVCC for the ADC are applied externally. AREF and AVCC pins 20 and 21 are coupled to a 5v supply voltage. 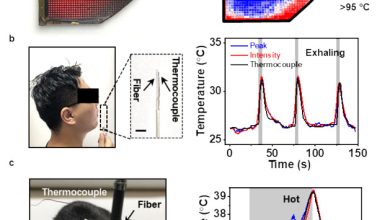 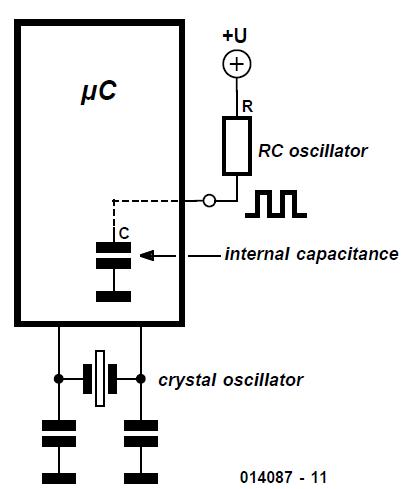 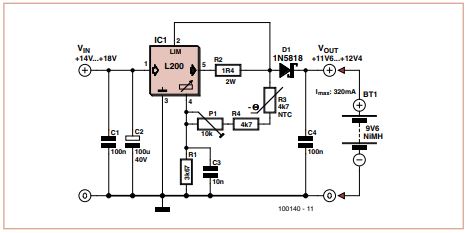