This touch ON, auto OFF controller circuit is intended for battery operated appliance. It functions as a touch operated supply ON switch and delayed supply OFF switch. Figure 1 shows applications that require only a few mili-amperes. Figure 2 is identical but for the added FET at the output which enables up to 300 mA to be switched. 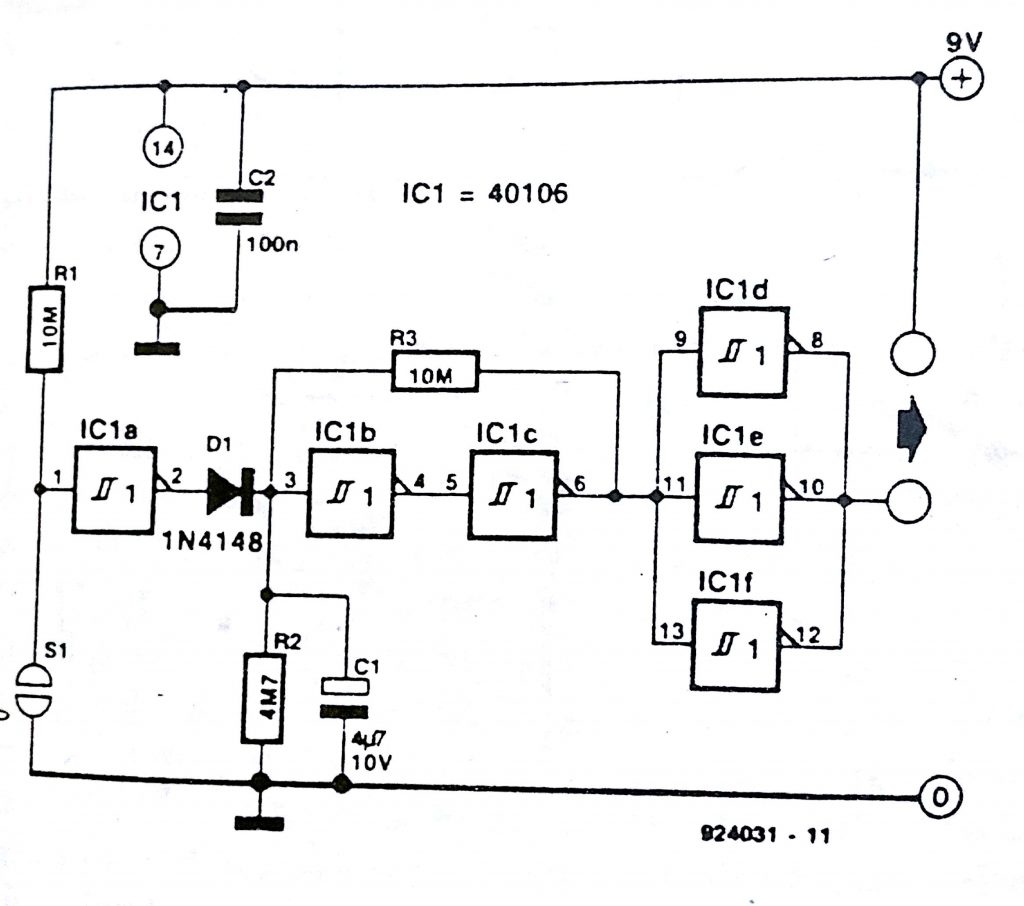 The active electronics is formed by six Schmitt triggers contained in a type 40106. The touch key consists of two small conducting plates that can be interconnected by our skin resistance. When the key is not touched R1 causes a high level at the input of IC-1a. That gate is followed by a diode D1 which ensures that C1 can be charged only if the output of IC-1a is high. When the key is touched C1 is charged rapidly. The capacitor is discharged slowly via R2 and the state of its charge is monitored by N2, N3, R3. 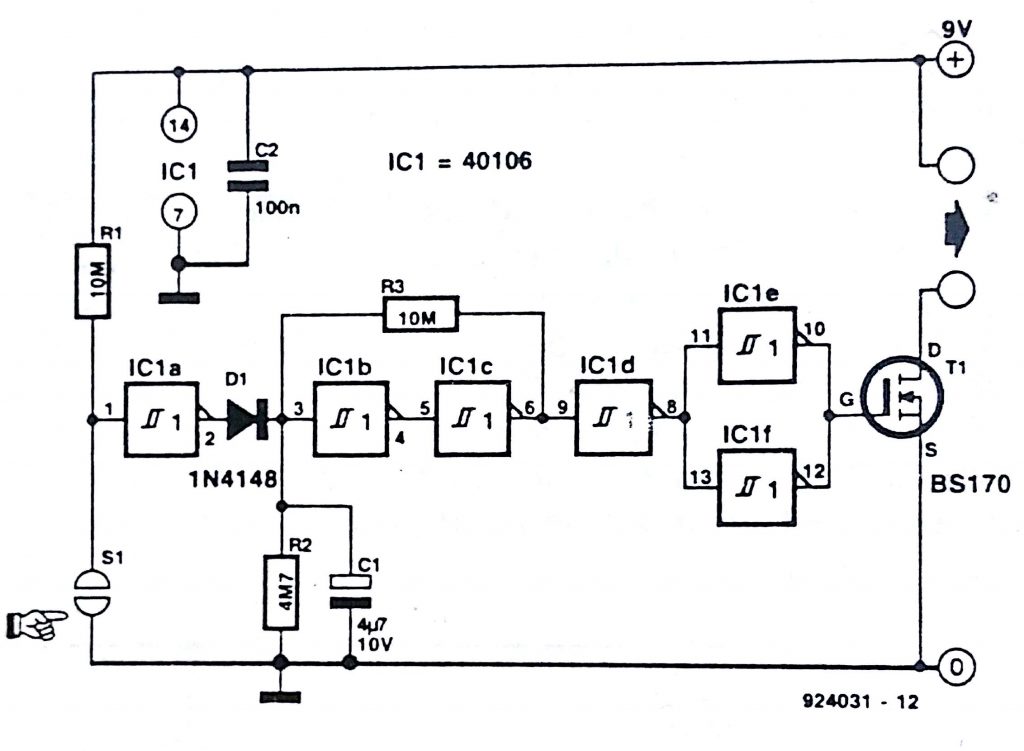 Gates IC-1d(f) serves as output buffers. The appliance connected to the output terminals will be provided with power as soon as the touch key is operated because C1 will then be charged rapidly. The discharge time of this capacitor (and the time that the appliance is powered) is fairly long and depends on the value of R2 and the leakage resistance and may therefore be extended by giving R2 a higher value. Note that it is not advisable to increase the value of C1 by much because that increases the charging time and worse simply touching the key may not be sufficient any more. When C1 has been nearly discharged the supply to the connected appliance is switched off.