The TPA3110 Stereo is a two-channel filterless class D audio amplifier IC designed to be utilized in stereo mode. It comes in a handy module with all of the necessary peripheral components, including breakout connectors for the inputs, a power supply, and two speakers. 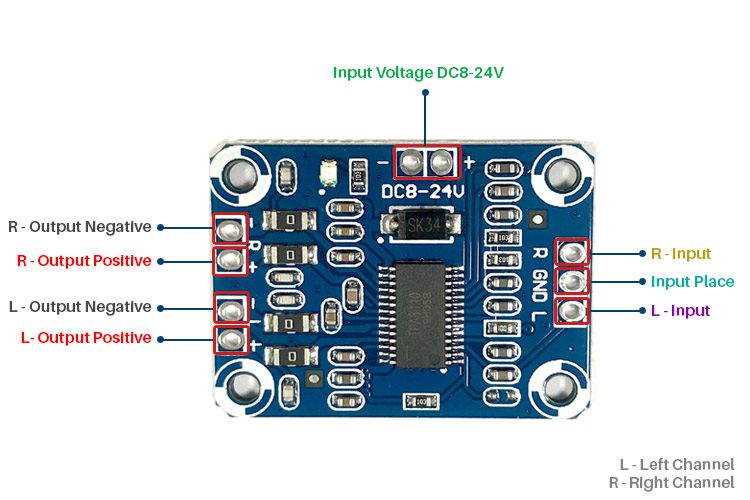 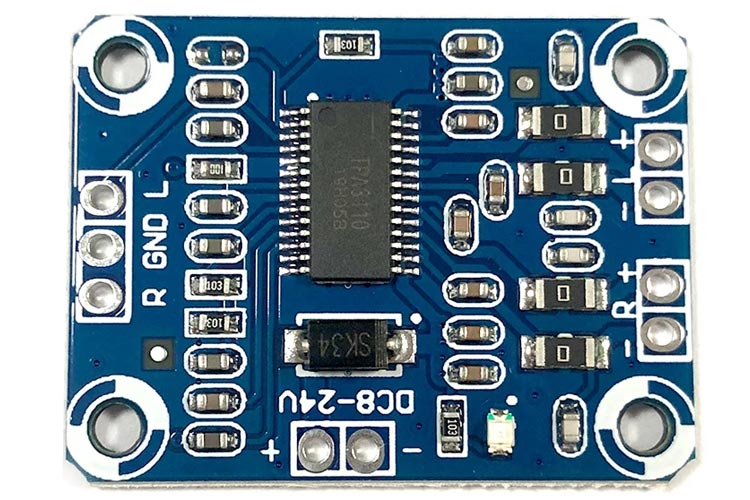 The TPA3110 is a two-channel, filterless class D audio amplifier IC. It comes in a handy module that includes all of the necessary peripheral components, including breakout connectors for the inputs, a power supply, and two speakers.

Note: Complete technical details can be found in the TPA3110 datasheet linked at the end of this page.

TPA3110 Audio Amplifier Module: How to Use
The TPA3110 module exposes the Texas Instruments TPA3110 dual-channel filterless class D amplifier IC. To work properly, this IC requires a few peripheral components, which are all present on the module.

The module itself is produced by a number of different companies, hence there is no standard pinout or configuration. Almost all inputs and outputs are labeled. The diagram below shows one example. 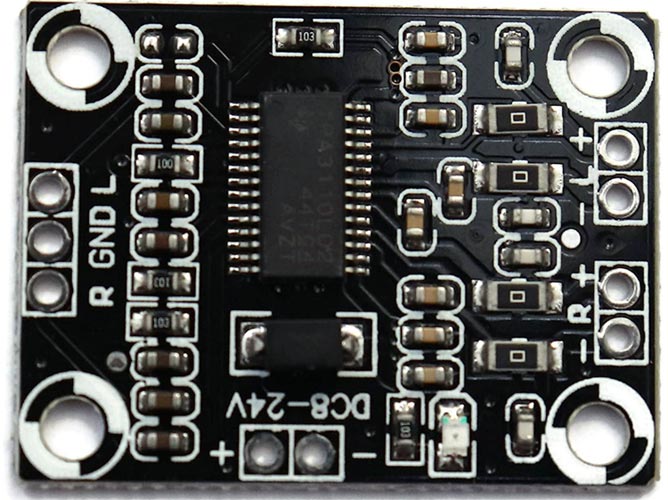 The input is made up of the R, L, and GND pins. Despite the fact that the IC has two differential inputs, the negative input pins are both grounded. Each R and L input may function independently as an audio amplifier. They are, however, intended to be linked to a stereo audio output, such as the one provided by a TRR socket.

The IC supports voltages between 8 and 24 volts, therefore it might be powered by a 9-volt battery at the low end. However, a supply voltage of at least 16V is necessary to deliver the maximum 15W per channel output power.

The IC has two sets of outputs, R+, R-, L+, and L-, which are separated on the module. A differential output on each ‘R’ and ‘L’ channel may be linked directly to the two pins of a speaker.

You can buy this from below links: 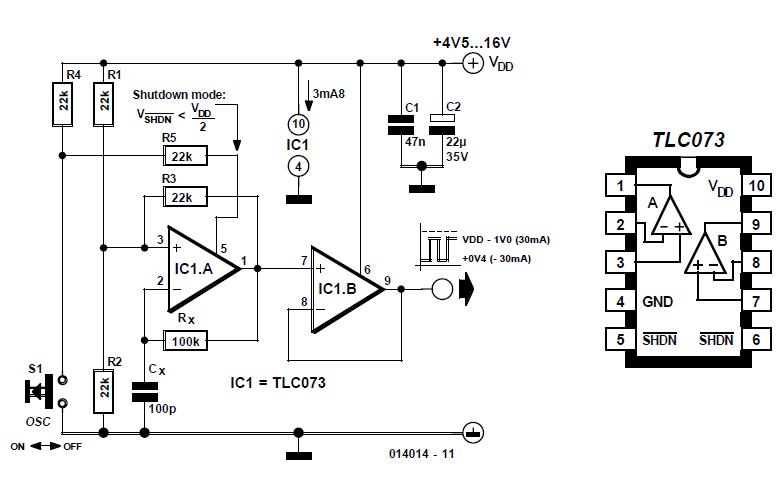 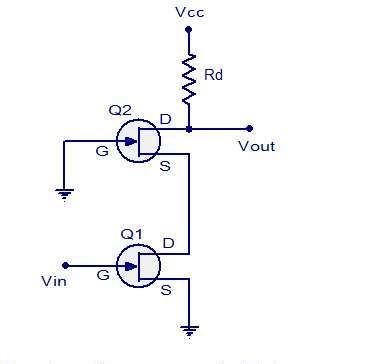