The main purpose of such traffic-light-controllers is give us a sophisticated & advanced control & the organized to confirm that the movement of traffic is smooth, safe and sound as possible. The project uses light emitting diode (LED) for the purpose of indication & a micro-controller is utilized for automatic change of signals to mention range of time-interval. Light emitting diode (LED) get automatically turn on & off by making the corresponding port pins of the micro-controller “HIGH”. Here we will show you a 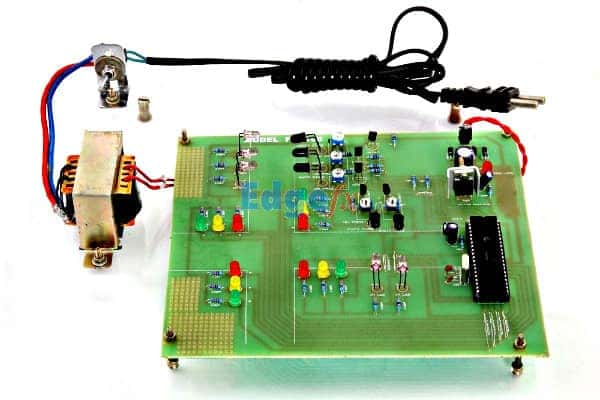 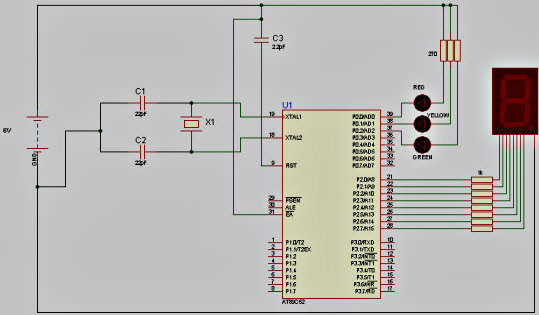 As you see in above circuit diagram of traffic light there we used seven segment display that is used for counting display and we are using there Light emitting diode (LED) are used for controlling the traffic light. An Intel P8051 Micro-controller is the mind of all the circuit diagram & this micro-controller is used to causes the traffic signal at the crossing of road. This circuit is used a crystal-oscillator for creating some different type of vibration. Light emitting diode (LED) are connected to the zero (0) port of the micro-controller & are supplied power of 5v. Seven segment display is attached with the port 2 pins of the Intel P8051 micro-controller with some common setting of anode. 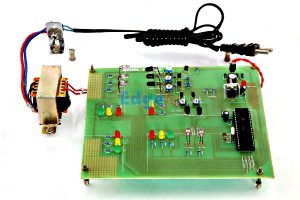 This is a sample of traffic Signal Controller is done by using infrared sensors (IR) and main part is Intel Micro-controller & light emitting diode (LED) with the help of all this component we will make the traffic light controller based on flow of traffic. The junction taken into intersection is a four sided junction on road with the flow of traffic on each side is only in one direction. There are three main component of traffic light control system consist is given below.

Detector Unit: it is built by the combining of infrared sensor (IR) and light dependent resistor (LDR) at every intersection of road for identify the presence of vehicles. The presence is based on variation in resistance.

Controller-Unit: The control unit is consist of Intel micro-controller which receives the output from infrared sensor (IR) and they manage the glow of light emitting diodes that is total based on coding.