The audio signal is applied to the indicator circuit via 1: 1-1: 4 microphone transistor. It determines, which of the two lamps L1 and L2 connected to K1 and K2 respectively is switched on by the relevant silicon-controlled rectifier (SCR).

In the absence of an input signal, both SCRs are switched off. During the positive half period of the mains voltage, the drive voltage is applied to the gate of Th3 Via R2 and iliac Di1. The SCR is then on and switches on L2. When the audio input reaches a certain level. Th1 and Th2 also conduct and switch on L1. At the same time, Th2 removes the drive to Th3 so that this SCR switches off at the next zero crossing of the mains, and lamp L2 goes out. Great care must be taken in the construction of this circuit because potentially fatal mains voltages are present in it during operation. It must, therefore, be built into a well-insulated (man-made fiber) enclosure. The transformer must be a type whose insulation is approved for operation in mains-carrying circuits. 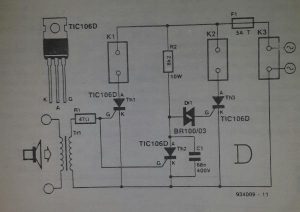 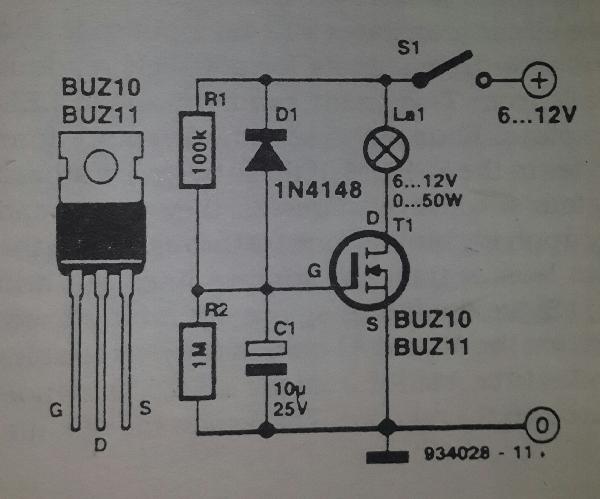 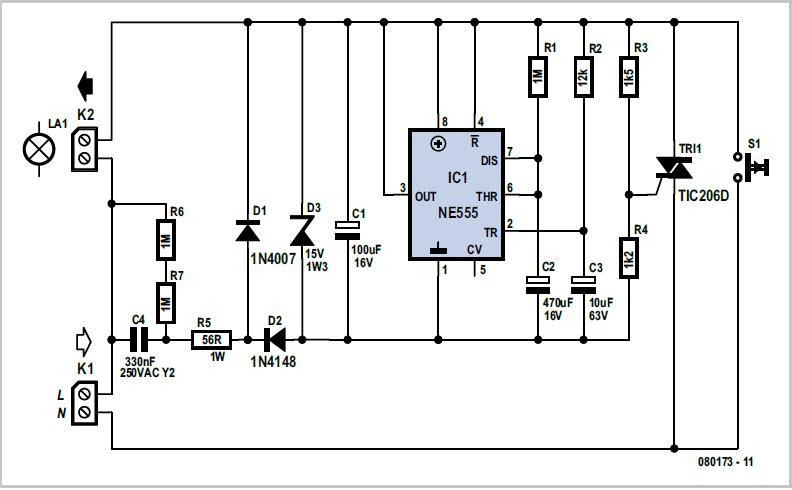 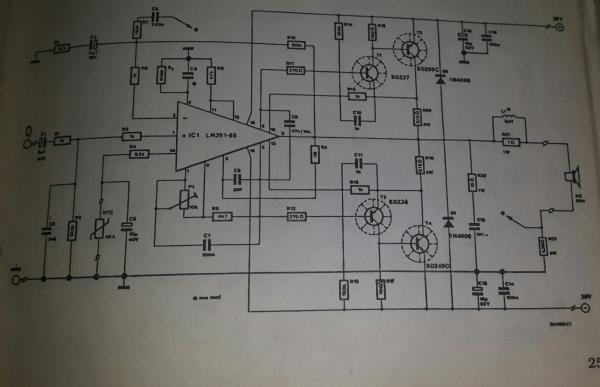 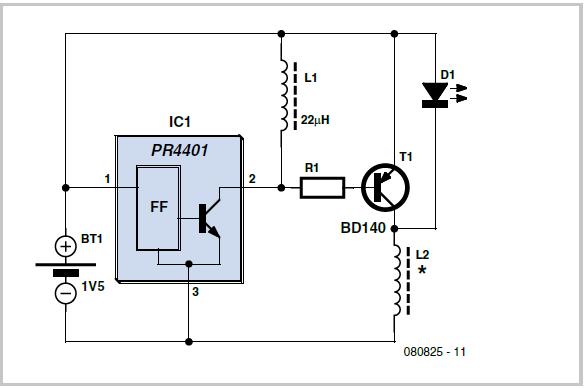