In this lesson, we’ll look at the 7805 Voltage Regulator IC, which is one of the most widely used regulator ICs. A Regulated power supply is critical for many electronic devices since the semiconductor materials used in them have a constant rate of current and voltage. If there is any departure from the fixed rate, the gadget may be damaged.

Batteries are one of the most important sources of DC power. Using batteries in sensitive electronic circuits, on the other hand, is not a good idea because batteries ultimately deplete and lose their capability.

Also, the voltage provided by batteries are typically 1.2V, 3.7V, 9V and 12V. This is good for circuits whose voltage requirements are in that range. But, most of the TTL IC’s work on 5V logic and hence we need a mechanism to provide a consistent 5V Supply.

Here comes the 7805 Voltage Regulator IC to the rescue. It is an IC in the 78XX family of linear voltage regulators that produce a regulated 5V as output.

A Brief Note on 7805 Voltage Regulator

The 7805 is a three-terminal linear voltage regulator with a fixed output voltage of 5 volts that can be used in a variety of applications. Texas Instruments, ON Semiconductor, STMicroelectronics, Diodes integrated, Infineon Technologies, and others currently manufacture the 7805 Voltage Regulator IC.

Some of the important features of the 7805 IC are as follows:

As mentioned earlier, 7805 is a three terminal device with the three pins being 1. INPUT, 2. GROUND and 3. OUTPUT. The following image shows the pins on a typical 7805 IC in To-220 Package.

The pin description of the 7805 is described in the following table:

As I previously stated, a regulated power supply is a device that operates on DC voltages and can maintain its output correctly at a set voltage at all times, even if the DC input voltage varies significantly.

According to the 7805 IC datasheets, the basic circuit required for the 7805 to function as a complete regulator is fairly simple. In fact, if the input supply is an unregulated DC voltage, just two capacitors are required (even those are not mandatory depending on the implementation).

The circuit above depicts all of the components required for a 7805 IC to function properly. Only if the distance between the regulator IC and the power supply filter is large is a 0.22F capacitor near the input necessary. The 0.1F capacitor at the output is also optional, but if utilised, it improves the transient responsiveness.

How to Get Constant DC Power Supply from AC?

Although batteries can be utilised as an input to the 7805 Voltage Regulator IC, there are several drawbacks, such as frequent battery discharge and a decline in battery voltage levels with time.

The greatest alternative to using batteries is to use an AC source to generate an unregulated but rectified DC voltage. We may create a circuit to convert AC Mains to DC and provide it as an input to the 7805 Voltage Regulator IC because AC Source is readily available as a mains source.

The following image shows the circuit diagram of producing a regulated 5V from AC Mains supply.

With the help of this circuit, the AC power supply from the mains is first converted into an unregulated DC and subsequently into a constant regulated DC. The circuit consists of a transformer, a diode-based bridge rectifier, a 7805 linear voltage regulator, and capacitors.

The circuit’s operation can be divided into two halves, as you can see. The AC mains is converted to unregulated DC in the first portion, and then this unregulated DC is transformed to regulated 5V DC in the second section. So, with this in mind, let us begin describing the working.

As a result, the output across the 1000F Capacitor is 12V DC, which is unregulated. The 7805 Voltage Regulator IC receives this as an input. The 7805 IC then transforms this to a regulated 5V DC, which the output terminals can access. 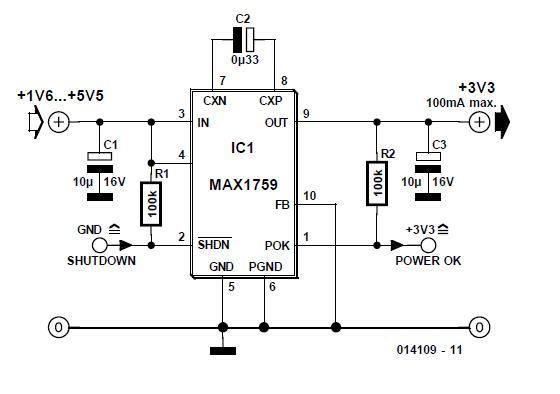 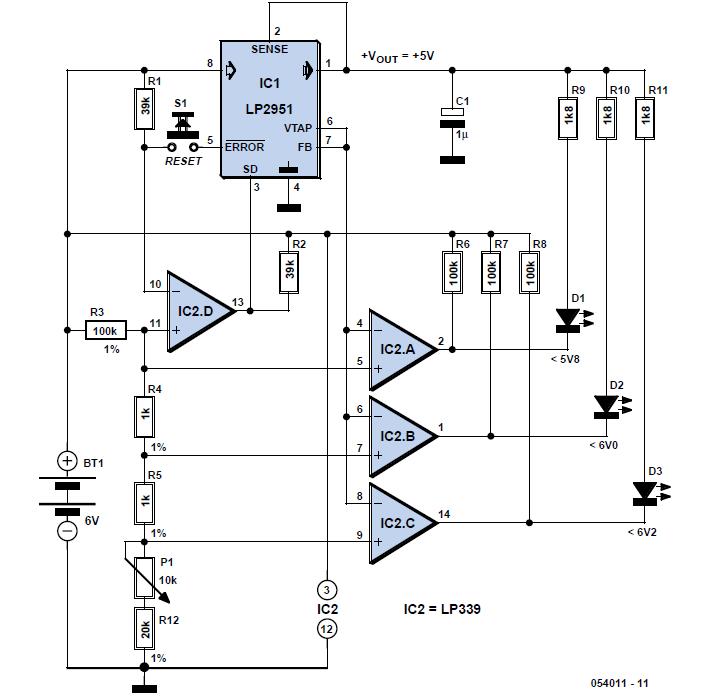 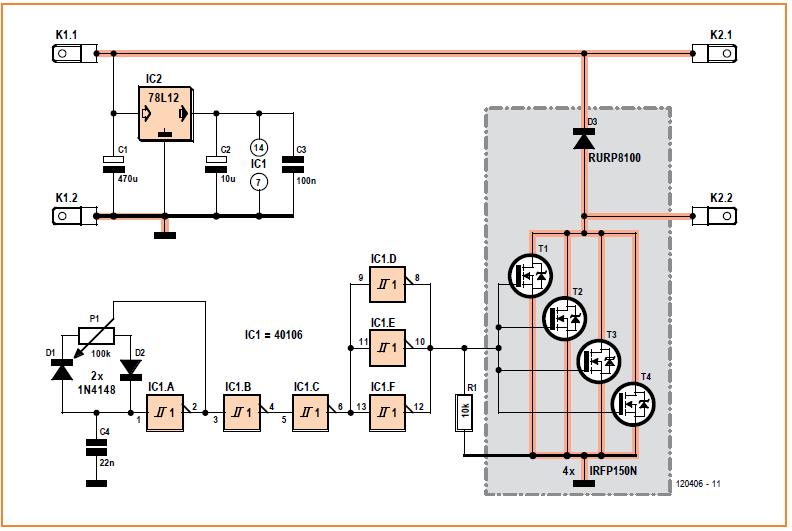