Life in the 21st century would be almost unbearable without some of the computer peripherals that PC users now look on as essentials — take for example the USB powered teacup warmer; this device is obviously an invaluable productivity tool for all users but it could prove a little tiresome if the extra current it draws from the USB port is sufficient to produce a localised meltdown on the motherboard. In a slightly more serious vein a similar situation could result from a carelessly wired connector in the design lab during prototyping and development of a USB ported peripheral. What’s needed here is some form of current limiting or fuse to prevent damage to the motherboard. The MAX1562 shown in Figure 1 is a purpose-built USB current limiter from the chip manufacturers Maxim. The device operates with a supply voltage from 4.0 to 5.5 V with an operating current of typically 40 μA or 3 μA in standby mode. The circuit introduces a very low resistance in the power line (typically 26 mΩ but guaranteed less than 50 mΩ) from an internal MOSFET. The FET gate bias voltage is generated on-chip from a charge pump circuit. 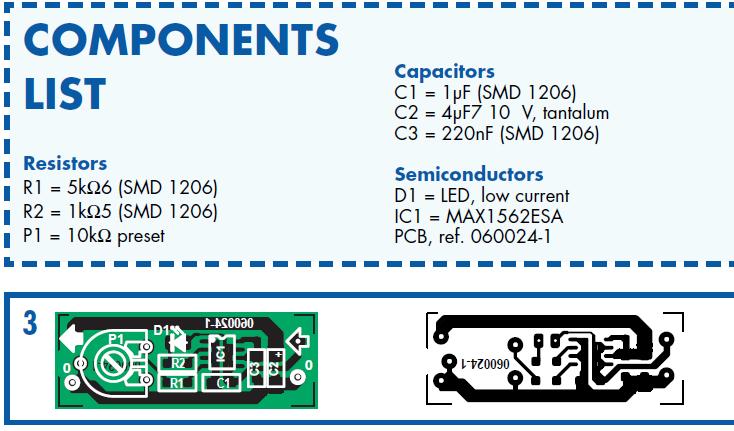 The chip can distinguish between an overload and a short circuit condition in the supply line by measuring the voltage drop across its internal resistance; if the voltage is less than 1 V a short circuit is assumed and the chip pulses a (limited) output current every 20 ms in an effort to raise the output voltage. This approach will eventually be successful if the short circuit was caused by a large value capacitor across the USB supply pins or an external hard drive which have a high in-rush at start up. If the supply rail is not pulled up within the first 20 ms the FAULT output (pin 2) is driven low. The output current limit is set by a single resistor on pin 4 (ISET):

The circuit diagram shows a fixed 5.6 kΩ resistor in series with a 10 kΩ preset giving an adjustable current limit between 1.097 and 3.057 A. This range should be sufficient for the majority of applications. Increasing the preset resistance reduces the current limit level. Any intermittent connection in the preset (caused by a dirty track etc.) will switch the chip into shut down. The MAX1562 also contains a thermal cut out which turns off the output when the chip temperature exceeds 160 degrees C. Figure 2 shows a diagram of the manufacturer’s application circuit. The FAULT output drives an LED via a series limiting resistor which reduces the LED current to 2 to 3 mA. The MAX1562 is available in a HESA variant (with an active high ON signal) or ESA version (with an active low ON signal). The chip is packaged in an 8-pin SMD outline. Figure 3 shows a small PCB layout for the circuit using mostly SMD components.

Most homes today have at least a few infrared remote controls, whether they be for the television, the video recorder,...