PC radios are certainly nothing unusual. However, unless you are prepared to spend a lot of cash you can’t buy a wideband PC radio that receives short-wave signals — if you want one that will not break the bank, you will have to build it yourself. There’s no need for a battery or power supply since power can be drawn directly from the PC serial interface. The audio signal is fed into the PC sound card. The circuit diagram in Figure 1 shows this simple audio receiver. The transistor in the common-emitter circuit demodulates AM signals, thanks to its exponential characteristic curve. 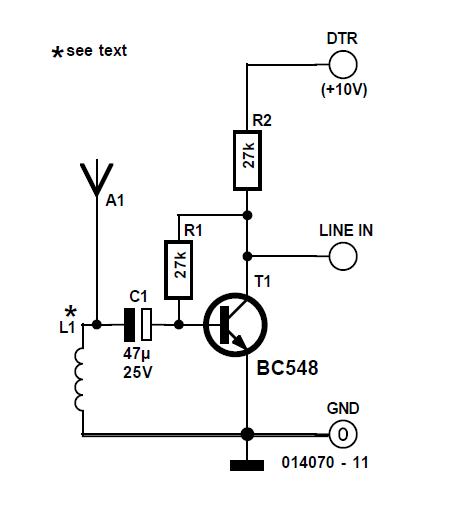 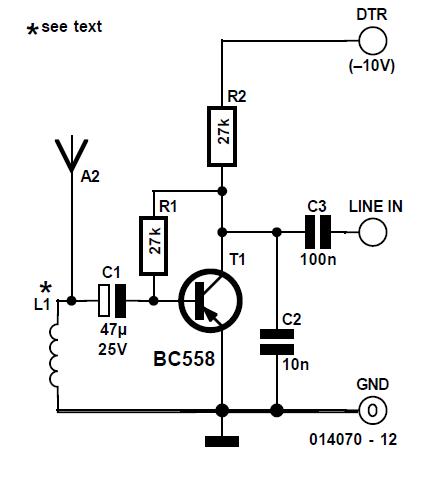 Since the base-emitter junction is already biased, RF potentials of a few millivolts are sufficient to achieve demodulation. For this reason, the audion circuit is significantly more sensitive than a simple diode detector. So where is the tuning capacitor? It’s not needed since the receiver has an extremely wide bandwidth and (simultaneously!) receives all strong signals ranging from the 49-m band to the 19-m band. The coil is wound in two layers with 15 turns on a pencil. This yields an inductance of around 2 µH. The resonant circuit capacitance of around 100 pF is composed of the base capacitance of the transistor and the aerial capacitance. This places the resonant frequency at around 11 MHz. The low input impedance of the transistor damps the resonant circuit to the point that its Q factor is 1, so the bandwidth is also around 11 MHz. The receiver thus picks up everything between 6 MHz and 17 MHz. This complete elimination of the usual selection leads to surprising results.

Less is more. For communications technicians, this means less selectivity = more bandwidth = more information. Indeed, here you dive into a sea of waves and tones. The special propagation conditions for short-wave signals cause first one signal and then another signal to predominate. You hear messages in several languages at the same time, music ranging from classical to pop and folk songs from distant countries. Without the bother of the usual dial spinning, you can roam at your leisure through the entire short-wave region.

The supply voltage for the radio must be first switched on by using a program (HyperTerminal is adequate) to switch the DTR lead of the serial interface from –10 V to +10 V. If you want to avoid this trouble, you can use a PNP transistor. The alternative circuit diagram shown in Figure 2 shows some additional improvements. The coupling capacitor prevents the dc component from reaching the input of the sound card, and residual HF components are shorted out by the parallel capacitor.

With these modifications, the radio is also quite suitable for direct connection to a stereo system, final amplifier or active speaker. In such cases, you can do without the PC and use a battery (1.5 to 12 V) instead. A downpipe from the eavestrough can be used as an aerial if it is insulated at its lower end (where it connects to the sewer system) by a rubber ring or concrete. If you are not so fortunate as to have access to such an arrangement, you will have to rig a wire aerial (at least 5 m long). 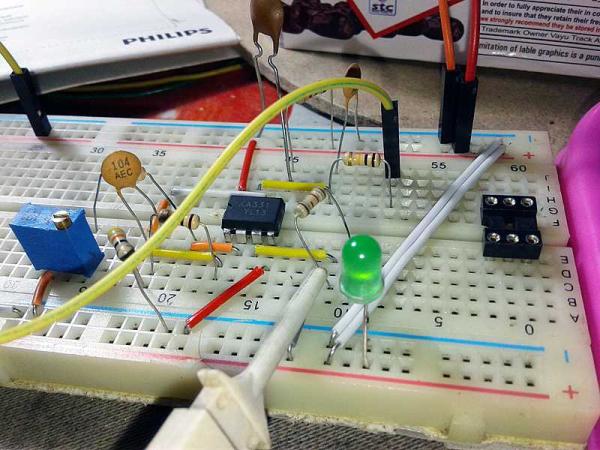 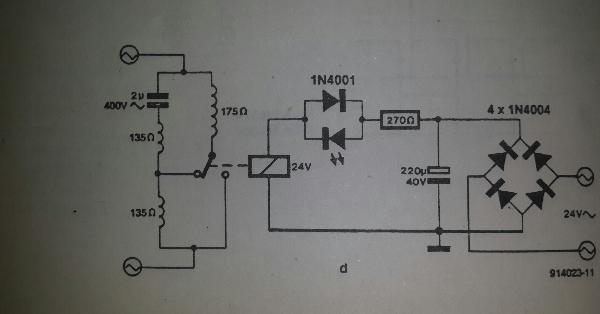 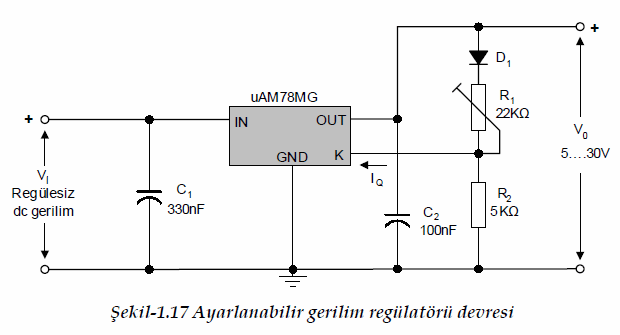 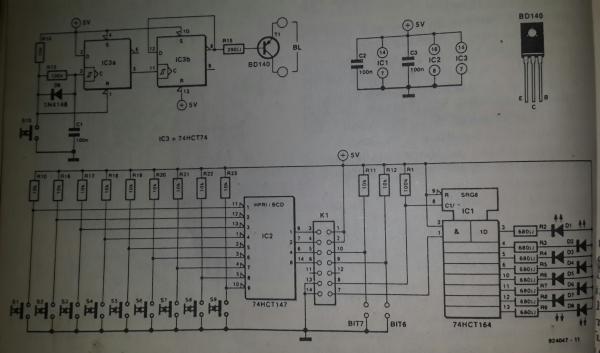