Wire tracers are specifically designed to aid in locating energized and de-energized wires, cables, and pipes whether underground or hidden in a wall. They work by inducing a signal onto the target wire or pipe and using that signal to determine where the target is and the direction it’s going.

The circuit depicted here forms one half of a device that will prove extremely handy when tracing the path of electrical wiring in a building or locating a break in a wire. The system is based on similar equipment that is used by technicians in telephone exchanges. 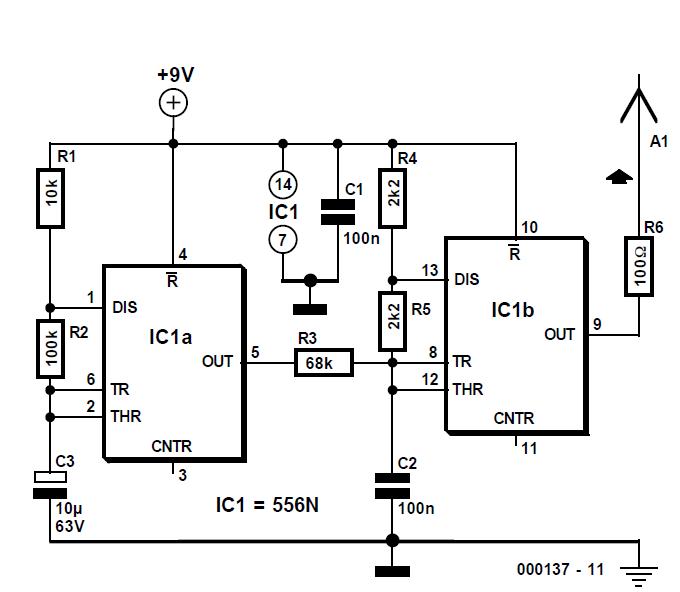 The operation is straightforward. You require a generator that delivers an easily recognizable signal which, using a short antenna, is inductively coupled to a simple, but high gain, receiver.

To create a useful transmitter it would suffice to build a simple generator based on a 555. But as the adjacent diagram shows, a 556 was selected instead. The second timer (IC1a) is used to modulate the tone produced by IC1b. The output frequency alternates between about 2100 Hz and 2200 Hz. This is a very distinctive test signal that is easily distinguished from any other signals that may be present. Resistor R6 is connected to a piece of wire, about ten centimeters long, that functions as the antenna. The ground connection (junction C2-C3) is connected to the ground.

When the antenna is connected directly to a cable, it is possible to determine at the other end of the cable, with the aid of the receiver, which conductor is which (don’t do this with live conductors!).

The schematic for the matching receiver may be found elsewhere in this issue. 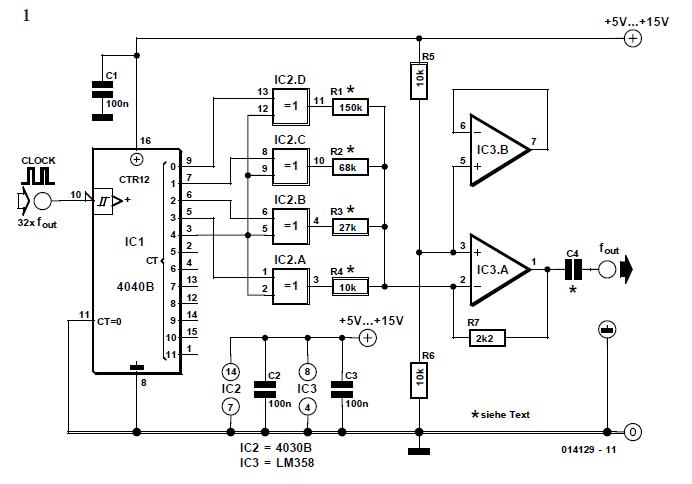 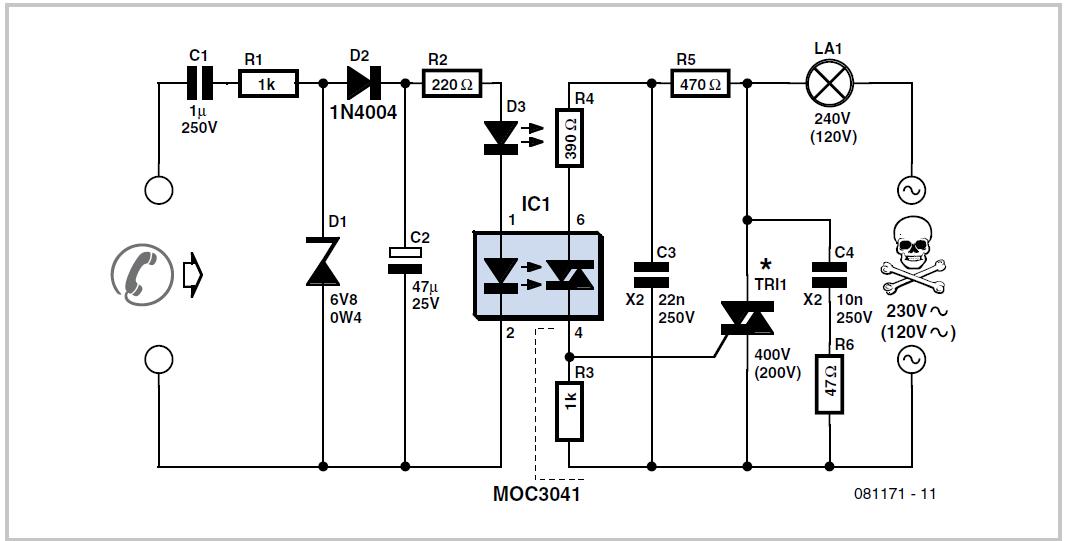