A zapper is a device that is often used in alternative medicine. This device is a so-called electronic bioresonance pulse generator, which generates a square wave at a particular frequency. This signal is applied to the human body via hand or wrist electrodes, causing a minute current to flow through the body. This is claimed to kill bacteria, viruses and other parasites in the body, and to boost the immune system.

After reading the relevant parts in the handbook for self-health by Dr. Hulda Clark and looking at the signal generated by such a device, the author designed a cheap DIY version of such a zapper.

This design is significantly cheaper than the commercially available devices. As far as its effectiveness is concerned, there are various claims and counter-claims put forward, all for what it’s worth. At least with this design, you can try it for yourself at little cost, in any case, a lot less than if you decided to buy a ready-made zapper.

This zapper outputs a square wave signal at the supply voltage of 9 V in series with a resistor of 1 kΩ. This means that the maximum output current can never exceed 9 mA (when short-circuited), which keeps it safe to use. The frequency varies between about 28 kHz and 75 kHz. C3 is charged up via a constant current source so that the change in frequency is fairly linear. The LED used in the constant current circuit doubles as the ‘on’ indicator for the device. After about eight minutes the zapper turns itself off since output Q9 (pin 14) of IC2 then goes high. This stops the base current in T1, which turns off the supply voltage to the circuit via T2.

The ground and output connection (R14) of the circuit is connected to the body via two hand or wrist electrodes (in the simplest case these could be two pieces of bare wire). For safety reasons, the circuit should only be powered by a 9 V battery.

Caution. The circuit not approved for medical use. 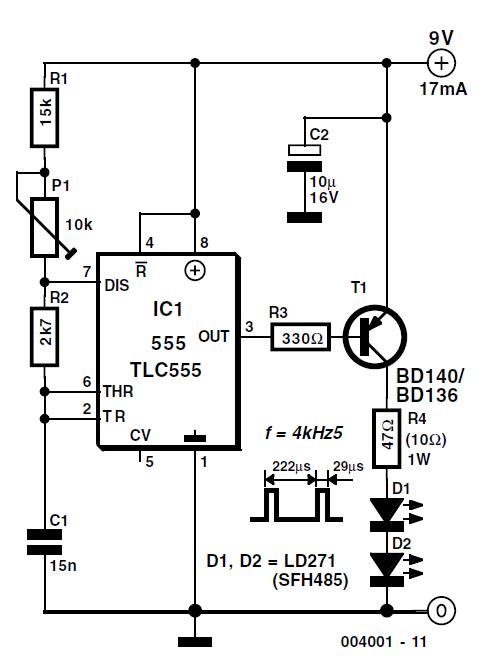 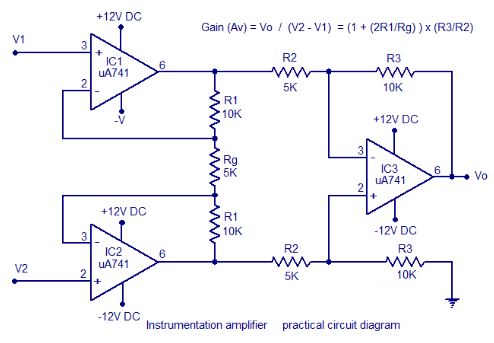 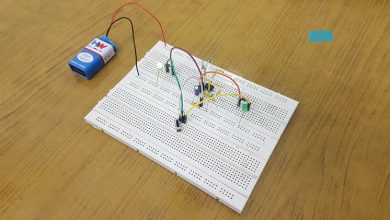