Assuming that the potential at junction D1-D3 is positive with respect to that at D2-D4 and is greater than the zener voltage (+0.6 V), D3 will act as a zener and limit the voltage to 10 V. The current flowing from D1 through C1 and the load will return to the transformer via D4 (the volt-, age across C1 is then equal to the zener voltage of +0.6 V).

The potential across D3 (not plus 0.6 V) will be applied to C1, which (in theory) can be charged to 0.6 V below the zener voltage (in practice, without a load, it is slightly higher). If the voltage at junction D2-D4 is positive with respect to that at D1-D3, the same process happens, but now D4 will act as the zener, while D2 and D3 are forward biased.

The zener current is determined by R1. Bear in mind, however, that the diodes act as zeners only half of the time. In other Words, the average current through the zener diodes is only half the peak current. The same applies to the power. With the value of R1 = 47Ω (as drawn) and an average zener current of 90 mA, the diodes dissipate about 450 mW, but the peak dissipation is nearly 1 W. It is therefore, not possible to lower the value of R1. 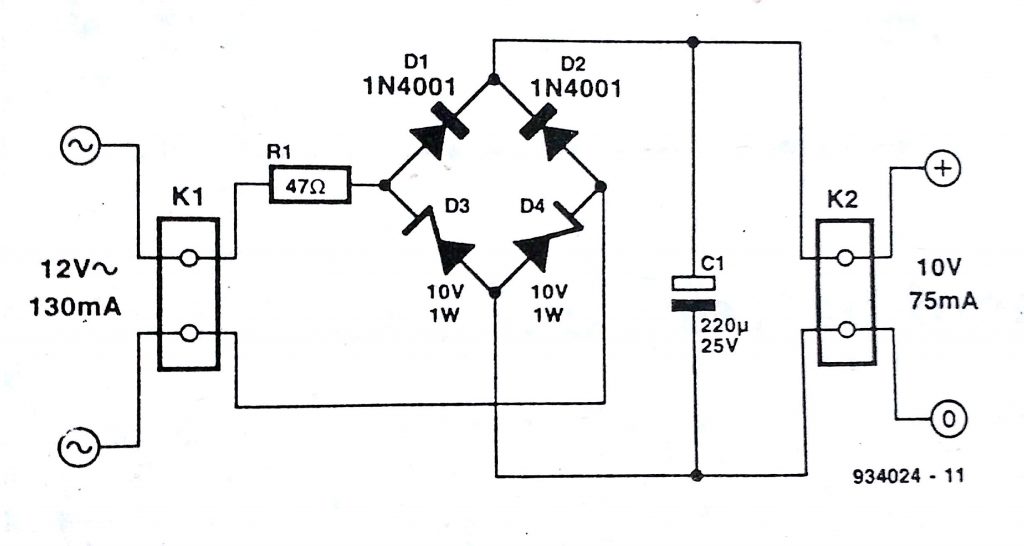 Since the current through the zeners is not constant (owing to the alternating voltage at the input), the maximum output current of the circuit is rather lower than twice the average zener current. Here, it is around 75 mA. At this current, the output voltage is about 9.4 V; without a load, it is around 10.4 V.

Just as in a traditional circuit, the output voltage of the present circuit rises to the peak value of the input potential (that is, about 18 V) when one of the zener diodes fails. Also, bear in mind that the circuit limits only the peak value of the output voltage. As soon as the diodes no longer act as zener diodes, the output voltage depends entirely on the charge on C1. That charge will, of course, drop and so will the output voltage. The present circuit is consequently intended primarily for use with circuits that tolerate ripple or that draw only a small current. With C1 = 220 pF (as drawn), and the load current 75 mA, the ripple amounts to 7 V. To lower that value appreciably, the value of C1 must be raised considerably or the load current must be limited to about 1 mA. 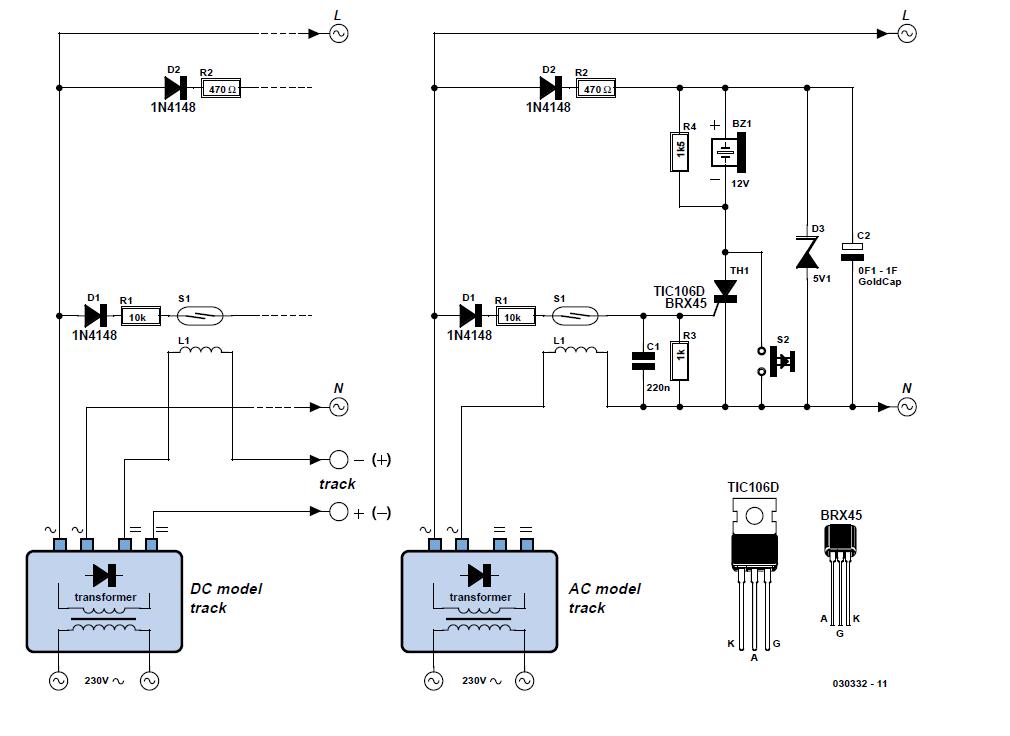 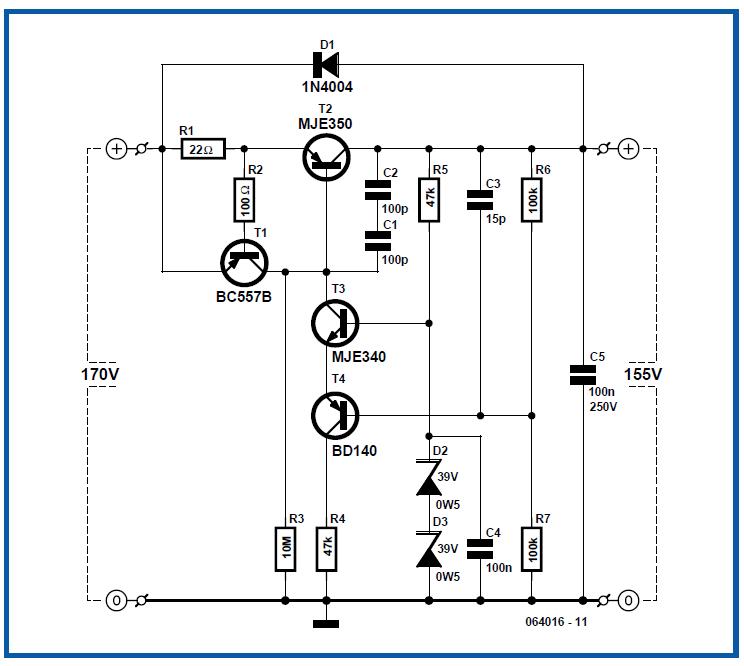